The horror blaze that killed at least 80 people on June 14th was one of the worst tragedies in the UK since the second world war. A charity football match was organised to raise further funds for those affected.

In the midst of the line-up is 29-year-old volunteer Omar Salha, who has been working with the Grenfell Muslim Response Unit since the tragedy played alongside Muslim distance runner, Sir Mo Farah as part of Team Ferdinand.

The Muslim Response Unit, which is now a project hosted by the National Zakat Foundation and is supported by a range of funders including Muslim Aid, Al Khair Foundation, Islamic Relief and others, to date served over 500 people since the disaster. Working with the survivors, the team has worked tirelessly over the last 2 months to ensure those affected receive the support they need. The Grenfell Muslim Response Unit has served all those affected, included those from the Muslim faith and those from other faith or no faith.

“It’s an honour to be playing in this historic game to raise money for the community of Grenfell. Every child dreams of being a Premier League football player and this goes one better, playing for Grenfell with Ex-Premier League legends! We as a Muslim response unit will continue to serve all those affected, irrespective of race or religion, that is what our religion teaches us, to be there for our neighbours at their time of need”. – Omar Salha

Omar is also the founder of the Ramadan Tent Project, a service delivery partner of the Grenfell Muslim Response Unit, which has served over 3,000 food parcels to survivors, evacuees and Grenfell volunteers since the fire.. 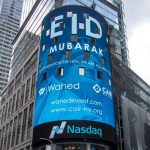