French footballer Patrice Evra has posted a video on his Instagram account in response to the Barcelona terrorist attack calling on people to stop killing innocents.

In the video he tells people not to blame Islam and Muslims for the acts or terror perpetrated against innocent civilians and describes Islam as a ‘beautiful religion’.

“…I know what people are going to say now – it’s the Islam, it’s the Muslim people – you don’t know nothing about this religion, it’s such a beautiful religion.”

In a later post, Patrice said he was raised as a Catholic but was learning about Islam and reading the Qur’an:

“I would just like to say my opinion about what’s happening in this moment and about religion.

I speak 6 languages, I’ve been raised as a catholic but I also want to learn about every religion just as I want to learn many languages. I’m learning about Islam at the moment and I’m reading the Quran. The more I grow up the more I’m asking questions to myself, I believe in God I believe in Jesus, so why I shouldn’t believe in prophet Mohammed.

Some people use religion to create war or to kill innocent people all over the world.

Some people are manipulated with a distorted view of religion, some leaders, some media want to create hate around certain religions….so what I want to say is, before you judge somebody or judge a religion is learn about it.

I say it again Islam is such a beautiful religion it’s about peace, it’s about helping each other. We need to stop reading the media. God didn’t create us to kill innocent people….

…Respect every religion and if you are scared of a certain religion… instead of being scared try to learn about it and listen before you make any judgement. I know this is just my opinion, and this world needs more act than wise words…” 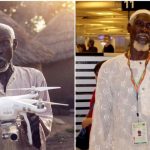 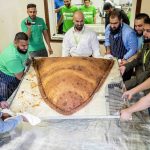