“America just elected one of the most uncivilized, rude, just, disgusting human beings as leader of our country. And I think that speaks volumes to many of the worst diseases that are plaguing our society like fear and hate and ignorance and prejudice and bigotry.

My brothers and sisters, regardless of your race, your religion your ethnicity or heck, even nationality, remember this…our enemies can never destroy us, we can only destroy ourselves if we allow fear and hate turn us against each other And be willing to undermine the principles liberty and justice  that make America make so great.

And that’s how all great democracies have fallen when leaders turned their people against each other, bred fear and hate and division and then slowly took more of the fundamental rights that made their nations so great.

I really believe it is a sad day that someone like Trump was elected as President of these United States.

However, we must pull together, we must stand strong and proud as Americans, as Muslims, Christians, Jews, Atheists. We must stand united for each other’s rights and for our own rights.

In fact, since Donald Trump announced his (bid for) Presidency, anti-Muslim hate crimes have gone up over 500%. And that’s what happens when we allow fear and hate to turn us against each other.

My advice to the community is as follows:

Number One: Take your safety and your security very seriously.

Number Two: Recognize that God never takes, He only gives.

And while this may appear to be a tremendous challenge for our community, I believe in reality. it is a tremendous opportunity.

The hatred that many people harbour has become affirmed and clear.

And we must use this as an opportunity to call for unity. We must build alliances, we must build relationships.

And most importantly, we must stand proud of our identity and stand strong in holding this administration accountable to human rights.

I mean, Donald Trump has said some of the craziest things. He’s threatened to ban Muslims, he’s threatened to engage in mass deportations. We will work together to make sure none of his crazy, fascist, dictatorial ideas become a reality.

And we can do that if we stand united and we remain involved and we don’t give in to fear and hatred.

Let’s stand together, lets try to pull our country together and let’s make sure we hold Trump accountable to the law and most importantly we protect the principles of justice and liberty that truly make America great.

Those promoting fear and hatred and division will never make America great.

Rather it is those champions of human rights, civil rights, social justice, economic justice, they will make America great.

And now is our chance to shine by holding Trump accountable and working to protect the civil rights and human rights of all people in America and hopefully, in the world.” 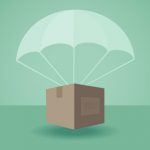 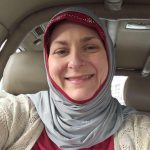