One of the most profound lessons I was taught is: “Children listen with their eyes, not their ears.”

If you lecture your child about the harms of smoking, while you have a cigarette in your hand, your speech has no effect whatsoever, regardless of how true it may be. Your child will *see* what’s in your hand and take lessons from that, disregarding whatever you are saying.

By the same token, the reason why your children may not care about the Quran despite you taking them to 5 different Islamic schools is because you don’t know how to read yourself, nor have you made an active effort to do so. Hypocrisy is not lost on children. It never is.

Even if they learn how to physically read, write, and memorise, it does not penetrate their heart.

Whether you like it or not, you are their biggest role model in every thing you do, consciously and subconsciously.

This doesn’t just apply to children only. It’s how all humans work. You see some people (whether bosses, fathers, or elders) screaming and shouting for respect without receiving any, while you also see others being given abundance of respect and veneration without ever asking for it or demanding it. It’s because they practiced what they preach.

In fact, the more you prove yourself through your actions, the more powerful your silence is. When your friend sees how you forgave the person who did not deserve to be forgiven, that was their life lesson, without a word ever being uttered. When it’s their time to be the bigger man, they don’t need to come to you for advice; you already advised them more profoundly than your words ever could.

When the companions were building the trench and told the prophet how hungry they were, showing him the stone they tied around their stomachs to suppress their hunger, he (peace and blessings upon him) pulled up his shirt and showed them two stones tied to his own stomach. They got back to work.

This was the man who slept on a hard bed that left marks on his back. When he told the companions to pray in the night and sleep little, there were no questions asked.

Don’t complain about your children, spouse, students, or employees when the solution is not found through your own actions. 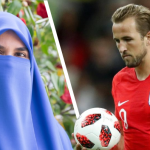 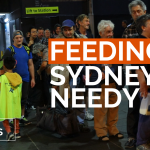