A man has been praised for his bravery and quick-thinking after he used his car to push a burning car out of a petrol station.

His actions prevented a potential explosion at a petrol station in Riyadh, Saudi Arabia.

The brave man, named locally Sultan bin Mohammad risked his own life to save others from potential danger.

An identified man filmed the heroic moment on his phone. Watch video:

“I was coming out of the mosque following the Maghrib (Sunset) prayers when I saw a large crowd trying to deal with a car on fire next to the petrol pump,” said Sultan.

“It was a dramatic scene with many civilians next to the car and others at the nearby ATM machine. I felt a strong urge to make the scene safe for everyone and I did not hold myself back. I got in my car, drove it to the burning vehicle and pushed it away from the pump to avoid the tragedy waiting to happen.”

Many people took to social media to praise Sultan for his bravery. 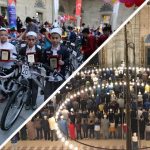 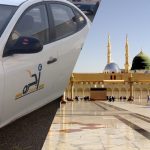