This is the true story of a Bosnian man who was cured from severe illness after performing Hajj.

Nihad J. from Sarajevo was diagnosed with a severe form of liver tumor at the age of 32. The illness worsened day by day, and the doctors lost all hope of healing, giving him very little time to live. However, Allah, the Merciful gave Nihad a full recovery. Until this day, he is alive and well in his hometown. How did this happen? Read his incredible story below:

“In 2006, it was established that I was suffering from liver tumor which was rapidly spreading. As they say, a sick man has only one desire – and that is health. So I went to hospitals and doctors, performed tests and went to therapies. I looked everywhere for a cure but did not find it anywhere. After the final examination, the doctors pointed out that my only salvation was to carry out liver transplantation in Maribor (Slovenia) or in Switzerland. As you know, it is really difficult to find a donor and there is a long waiting list – my time was running out.

Since I was little, I was attached to my faith, I loved Islam, and I found comfort in it. Nothing in this world can be compared to the value and beauty of Islam. That is why I did not want to leave this world without fulfilling my biggest desire – going to the Hajj.

And so, in 2007 (7 months after my diagnosis) I completed all the preparations and went to perform the fifth Islamic duty. I did not even imagine that I would find a cure for my illness right there, in the holy places of Makkah and Madinah alhamdulillah. Upon arriving in Madinah, I met an Imam from Visoko (city in Bosnia, near Sarajevo). He noticed that one of my feet was somewhat shorter than the other which happened as a result of wounding in the war. He asked me about my health and how I was finding the trip. I told him that the problem with my legs was nothing compared to a tumor that was slowly killing me.

Then the Imam said to me, “You’ve come to the right place. Did you hear about the healing properties of Zam Zam water? It is by Allah’s permission a cure, and it is for that which is intended. Drink of it as much as possible, with a niyyah of healing, and everything will be well.”

I listened to his advice and during my stay in Makkah and Madinah I consumed only Zam Zam water. I did not eat anything for six days; Zam Zam was my food and drink. I immediately felt the changes in my health and I felt better each day. After returning to Bosnia, we discovered that the tumor was conquered, thank you Allah. Of course, it came as a surprise, both to me and the family, and my doctors.

Before going to the Hajj, I went to health checkups once in every 15 days or a month, depending on the doctor’s recommendation. Before the trip to Makkah, the tumor grew by as much as 5 cm in just six months, which is really a lot. Immediately after returning from Makkah, I went to the hospital for examination and the doctor found that during the month of departure and return from the Hajj, the tumor did not increase not even by one millimeter. After 15 days, I went back and again, it was the same situation. After a month, it was retreating! And so, eleven years have passed and I’m a healthy man. Until this day, I continue to drink Zam Zam, and I’m thankful to my Lord for the healing he has given me. ”

This story is a living proof of Allah’s power and the healing effects of faith. We can not even imagine the difficulty of the aforementioned situation, and the pain of Nihad’s family. However, Allah has replaced the sadness of this man with the joy of healing. This is a lesson for all of us: we must never lose hope in the mercy of our Lord. 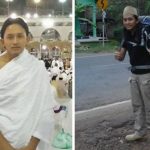 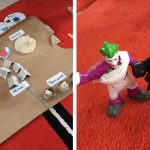