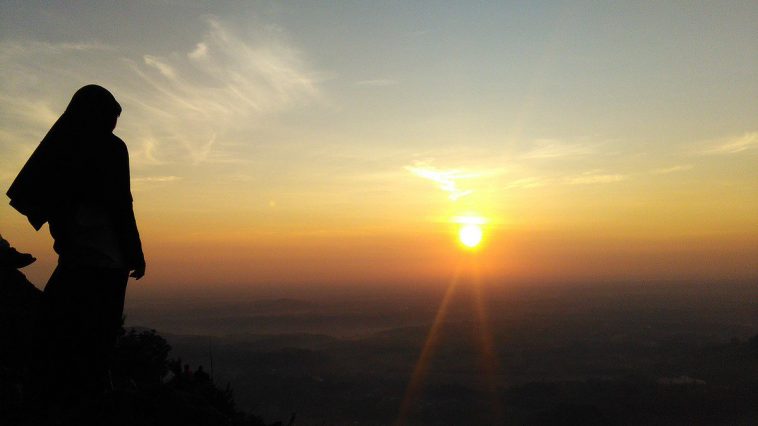 Award-winning Bollywood actress Zaira Wasim has quit saying that working in such an industry constantly interfered with her iman (faith) and threatened her relationship with her religion.

Here is a her statement in full:

5 years ago I made a decision that changed my life forever. As I stepped my foot in Bollywood, it opened doors of massive popularity for me. I started to become the prime candidate of public attention, I was projected as the gospel of the idea of success and was often identified as a role model for the youth. However, that’s never something that I set out to do or become, especially with regards to my ideas of success and failure, which I had just started to explore and understand.

As I complete 5 years today, I want to confess that I am not truly happy with this identity i.e my line of work. For a very long time now it has felt like I have struggled to become someone else. As I had just started to explore and make sense of the things to which I dedicated my time, efforts and emotions and tried to grab hold of a new lifestyle, it was only for me to realise that though I may fit here perfectly, I do not belong here. This field indeed brought a lot of love, support, and applause my way, but what it also did was to lead me to a path of ignorance, as I silently and unconsciously transitioned out of imaan. While I continued to work in an environment that consistently interfered with my imaan, my relationship with my religion was threatened. As I continued to ignorantly pass through while I kept trying to convince myself that what I was doing is okay and isn’t really affecting me, I lost all the Barakah from my life. Barakat is word whose meaning isn’t just confined to happiness, quantity or blessing, it also focuses on the idea of stability, which is something I struggled with extensively.

I was constantly battling with my soul to reconcile my thoughts and instincts to fix a static picture of my iman and I failed miserably, not just once but a hundred times. No matter how hard I tried to wrestle to firm my decision, I ended up being the same person with a motive that one day I will change and I will change soon. I kept procrastinating by tricking and deluding my conscience into the idea that I know what I am doing doesn’t feel right but assumed that I will put an end to this whenever the time feels right and I continued to put myself in a vulnerable position where it was always so easy to succumb to the environment that damaged my peace, iman and my relationship with Allah. I continued to observe things and twist my perceptions as I wanted them to be, without really understanding that the key is to see them as they are. I kept trying to escape but somehow I always ended up hitting a dead end, in an endless loop with a missing element that kept torturing me with a longing I was neither able to make sense of nor satisfy. Until I decided to confront my weakness and began to strive and correct my lack of knowledge and understanding by attaching my heart with the words of Allah. In the great and divine wisdom of the Quran, I found sufficiency and peace. Indeed the hearts find peace when it acquires the knowledge of Its Creator, His Attributes, His Mercy and His commandments.

I began to heavily rely upon Allah’s mercy for my help and guidance instead of valuing my own believability. I discovered my lack of knowledge of the basic fundamentals of my religion and how my inability to reinforce a change earlier was a result of confusing my heart’s contentment and well being with strengthening and satisfying my own (shallow and worldly) desires. I discovered my disease of doubt & error that my heart was afflicted with- There are 2 types of diseases that attack the heart, one; DOUBT and Error and the second; LUST and Desire. Both are mentioned in the Quran.

Allah says, “ In their hearts is a disease (of doubt & hypocrisy) and Allah increased their disease. [Quran 2:10]. And I realized the remedy to this could only be attained through the guidance of Allah and indeed Allah guided my path when I lost my way.

Quran and the guidance of Allah’s messenger (PBUH) became the weighing factor in my decision making and reasoning and it has changed my approach to life and it’s meaning.

Our desires are a reflection of our morals, our values are an externalization of our internal integrity. Similarly, our relationship with the Quran and Sunnah defines and sets the tone of our relationship with Allah and our religion, our ambitions, purpose and the meaning of life. I carefully questioned the deepest sources of my ideas of success, meaning and the purpose of my life. The source code that governed and impacted my perceptions evolved into a different dimension. Success isn’t correlated with our biased, delusional and conventional shallow measures of life. Success is the accomplishment of the purpose of our creation. We have forgotten the purpose we were created for as we ignorantly continue to pass through our lives; deceiving our conscience.

“And That the hearts of those who don’t believe in the hereafter, may incline to it (the deception) and that they may be well pleased with it and that they may earn what they are going to earn, (and it’ll be evil). [Quran 6:113]

Our purpose, our righteousness or terribleness isn’t defined by our selfish consumption, it isn’t equated by the worldly measures. Allah says, “I swear (by Al-Asr) by time (that’s running out). Verily, man is drowning in great loss, with the exception of (a few) those who believe , do good deeds and call on another to the way of truth and counsel one another to patience and perseverance. [Quran 103]

This journey has been exhausting, to battle my soul for so long. Life is too short yet too long to be at war with oneself. Therefore, today I arrive at this well-grounded decision and I officially declare my disassociation with this field. The success of the journey is dependent on how you take the first step and the reason why I am openly doing so is not to paint a holier picture of myself but this is the least I can do to start afresh and this is just my first step as I have arrived at the clarity of realisation of the path I wish to be on and strive for and during this time I may have consciously or unconsciously planted a seed of temptation in the hearts of many but my sincere advice to everyone is that no amount of success, fame, authority or wealth is worth trading or losing your peace or the light of your Imaan for. Strive not to surrender to your desires for desires are infinite and always leap out ahead of whatever has just been achieved. Do not deceive yourself or become deluded and find believability in the self assured biased narratives of the principles of deen-where one conceals the truth while knowing it or where one picks and chooses to accept only what suits his situation or desires the best. Sometimes we have deep flaw in our iman and we often cover it up with words and philosophies. What we say is not in our hearts and we seek every manner of excuse for clinging to it and indeed He is aware of the contradictions, He is aware of all the thoughts unspoken for He is All-Hearing (As-Sami), the All-Seeing (Al-Baseer), and the All-Knowing (Al-Aleem).

“And Allah knows what you conceal and what you reveal”. [Quran 16:19]. Instead of valuing your own deceptive conviction, make genuine efforts to strive and discover and understand the truth yourself with a heart full of faith and sincerity. “O you who have believed, if you are conscious of Allah, He will give you the ability to distinguish right from wrong”. (Quran 8:29).

Don’t look for role models or measures of success in the displeasure of Allah and the transgressions of His commandments. Do not allow such people to influence your choices in life or dictate your goals or ambitions. The Prophet said, “A person will be (raised on the day of Judgement) with whom he loves.” And do not become arrogant to seek advice from the better informed but position yourself away from your ego and arrogance and rely only on Allah’s guidance, indeed only He is the turner of the hearts and the ones He guides, none can lead astray. Not everyone has the conscience or the conscious to recognise the what we need to know or change and hence, it is not for us to judge, abuse, belittle or mock such people. It is our responsibility to make a positive impact by reinforcing the correct understanding by reminding each other. “And remind, for indeed the reminder benefits the believers” (Quran 51:55).

And we must do so not by ramming facts down each others throats by abuse or hostile behaviour or through violent disapprovals but it can only be done through kindness and mercy that we can affect the people around us. [If you see that one of you has slipped, correct him, pray for him and do not help the shaytan against him by insulting or mocking him- Umar Ibn Al-Khattaab]

But before we do that we must remember to exemplify Islam and it’s understanding ourselves in our knowledge and in our hearts, actions, intentions and behaviour and then use it to benefit the ones lack grasp on the fundamentals of the religion in terms of understanding, beliefs and manners . And remember that when you will start your journey or to find your ground in His Commandments- you are going face hardships, resistance, ridicule or discomfort from others and sometimes it can come from people who you love and are the closest to you. Sometimes it can be because of how you have been acting previously or have acted all your life, but do not let it discourage you or lead you to lose hope in Allah’s mercy and guidance- for He is Al-Hādīy (The Guide). Do not let your previous actions stop you from seeking repentance, know that He is Al-Ghafaar (The repeatedly forgiving).

Do not let the judgement, ridicule, abuse, words or fear of people take you off from the path of you wish to be on or stop you from expressing yourself to the fullest, remember He is Al-Walīy the helper. Do not let the worry of tomorrow get in your way to reassess your life, for he is Ar-Ražzaq (The Provider).

It can be a tough, complicated and sometimes an unimaginably lonely path, especially in today’s time but remember the Messenger of Allah (PBUH) said: “There will come upon the people a time when holding onto the religion will be like holding onto hot coal.”

May Allah guide our boats to find its shore and help us to distinguish between truth and deception. May Allah makes us strengthen us in our Imaan and make us amongst the ones who engage in His remembrance and make our hearts firm and help us to remain steadfast. May Allah give us a better understanding of His wisdom and allow us to exhibit our efforts to alleviate doubt and error at individual levels and guide each other. May Allah cleanse our hearts from hypocrisy, arrogance and ignorance and rectify our intentions and grant us sincerity in speech and in our deeds. Ameen 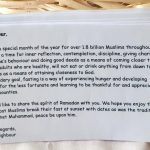 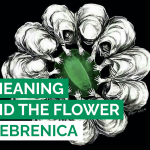