in November, Jackson from Illinois visited a Mosque open day at Masjid Al Huda along with hundreds of other non-Muslim Americans. 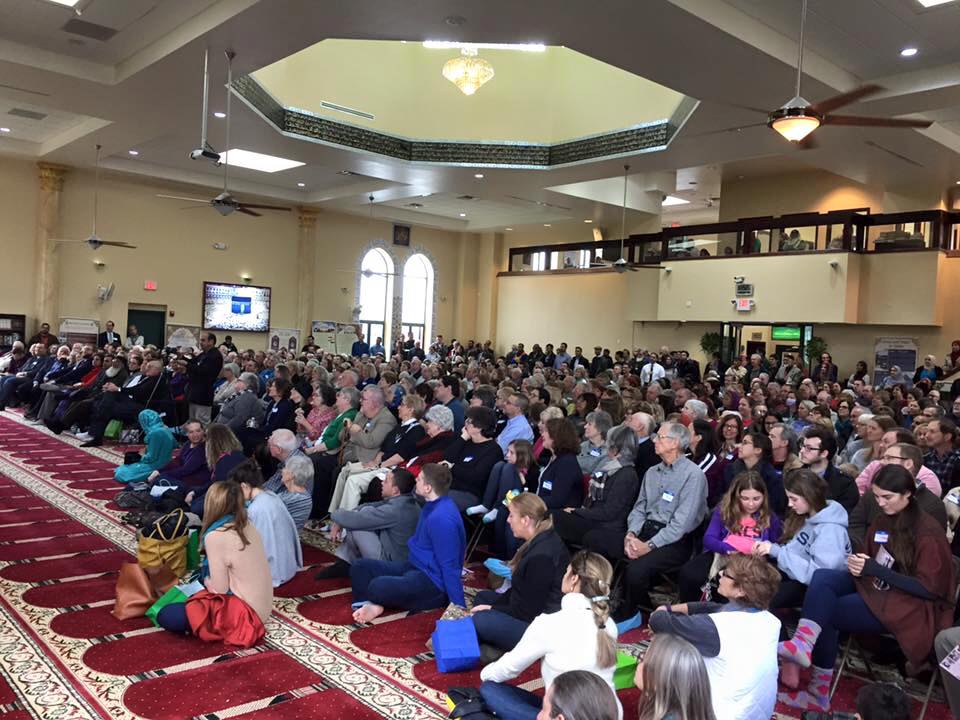 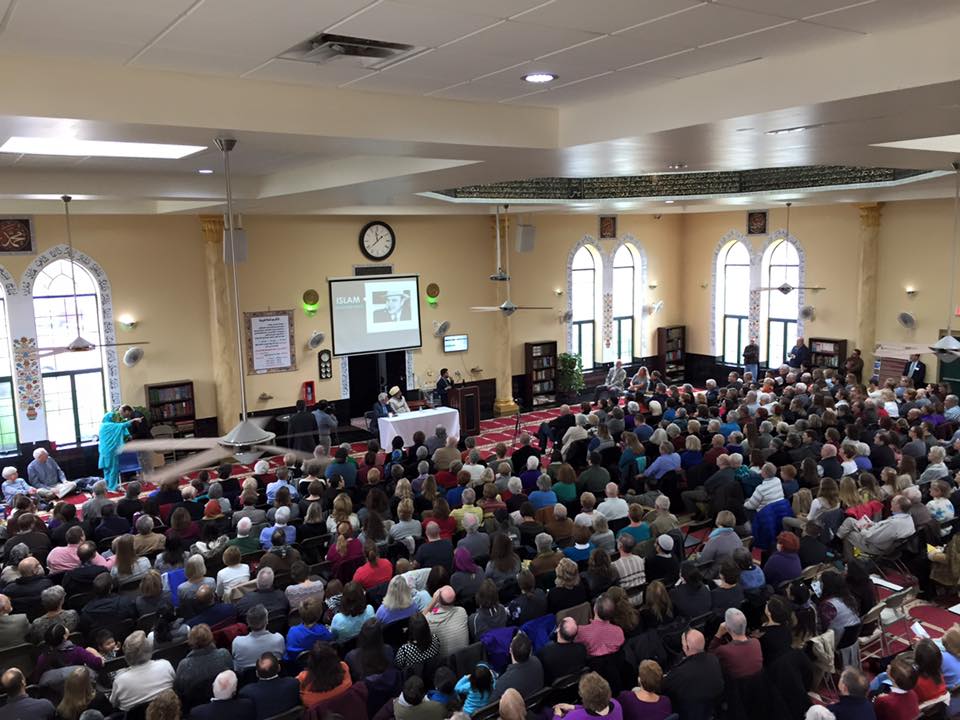 Upon returning, he made a holiday list of things to do in which he included items he wanted. 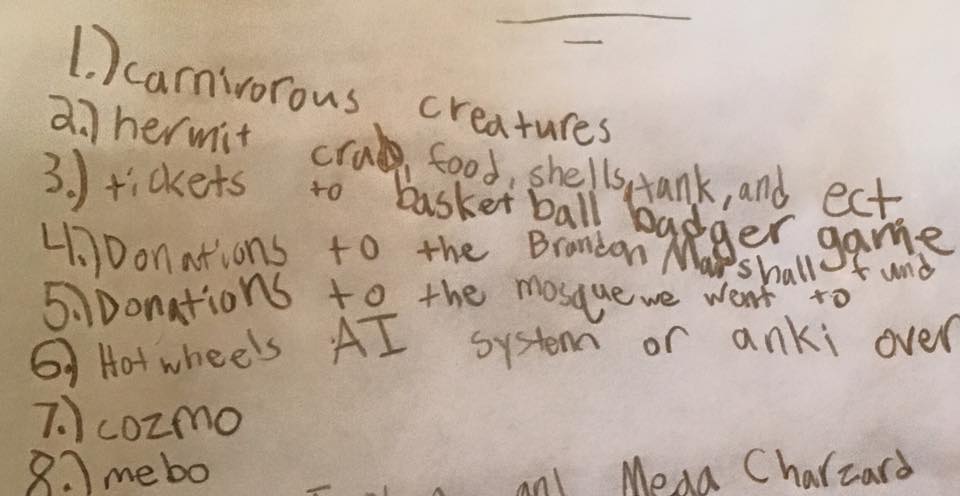 One of the items he listed was:

“Donations to the mosque we went to”

When members of the mosque learned about Jackson’s generous pledge, they paid a visit to Jackson and fulfilled one of his other wishes, gifting him a Hot Wheels AI system. 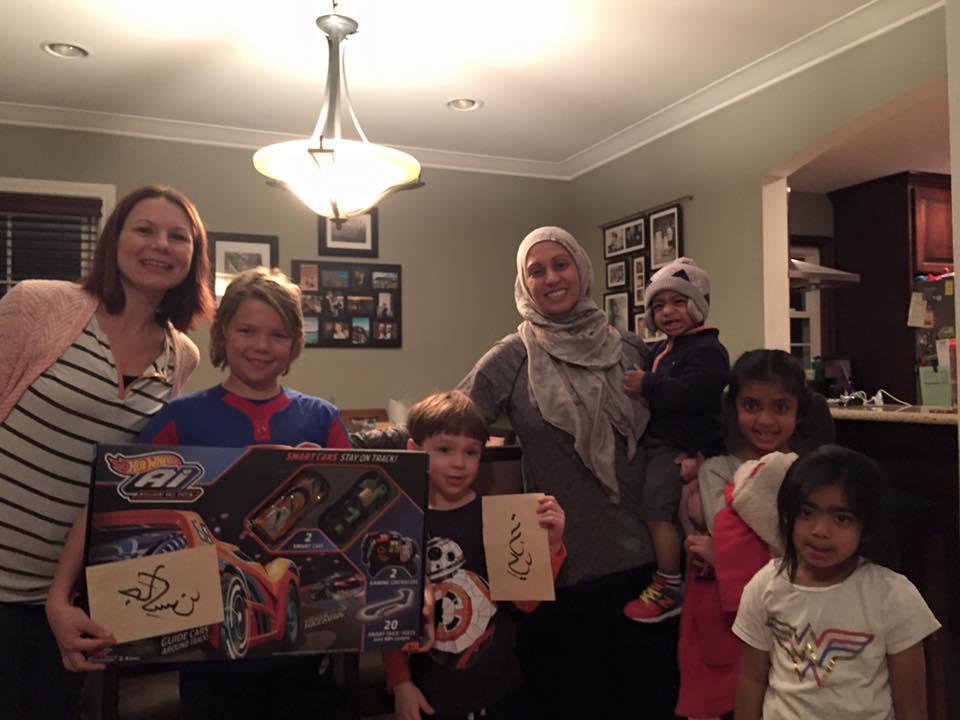 What a lovely story 🙂 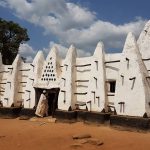 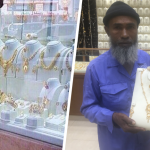