Extremism ‘experts’ are everywhere these days. Assertions thrive about what Shariah law allows, especially when it comes to warfare and ‘Jihad’. Two very unlikely bedfellows, Islamophobes and extremists, have taken up one allegation, that Islam is violent, and run with it. They both misquote Islamic sources to prove their shared fantasies, and to good effect, with media outlets falling over themselves to give them a platform. This convenient lie has become the Blood Libel of the Muslims, which is spread by various groups to achieve their own agendas.

So here is a list of actual rules of engagement taken from Islamic law, together with their original sources. This is what forms the basis of what Muslims believe and follow. These 8 laws expose the ‘Islam is violent’ line as lazy and shamefully dishonest.

N.B. War is unfortunately an inevitable part of civilization and at times countries need to respond to aggression. Islam allows the use of force to stop evil and bring security to a country’s citizens therefore a set of laws pertaining to war has been laid out by the Prophet Muhammad himself.

What follows are mainstream laws of Islam as taught by the orthodoxy of the religion. This is what the vast majority of Muslims around the world observe as their religion. It does not mean however, that all those who claim to be Muslim actually follow orthodox Shariah laws. Such groups and individuals would rightly be labelled as heretics for inventing new beliefs that run counter to explicit statements found in original sources of Islamic law.

To begin with, all the following laws of war revolve around these overarching statements in the Qur’an that acts as a general rule:

And fight in the way of God those that fight you, but do not transgress,
for indeed God does not like the transgressors. [Qur’an 2: 190]

God does not prohibit you from showing kindness and being just with those who do not fight you nor have driven you out of your homes. Indeed God loves those who are just. [Qur’an 60: 8]

The first verse forms the basis of all Islamic laws relating to fighting, i.e. you are allowed to fight those that fight you, but not to tyrannize those who have done you no harm. The second one goes further and explains that, not only is fighting innocent civilians forbidden, but Muslims are ordered to be kind and just with those who did no harm to them. It is these verses that inform all other laws of engagement, which are as follows:

1. The prohibition of killing women and children 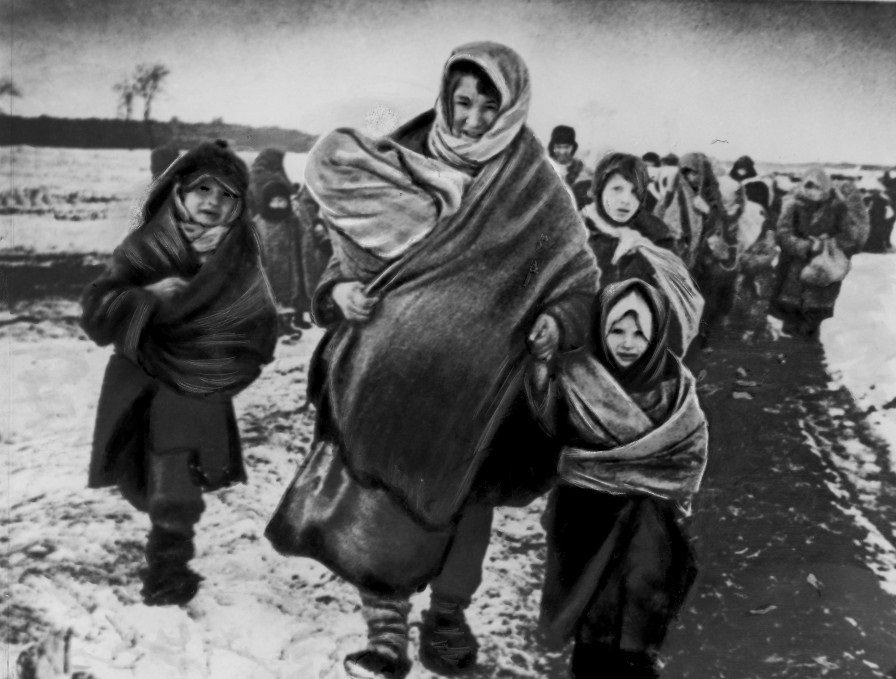 Anas ibn Malik reports that the Messenger of Allah (may peace be upon him) forbade the killing of women and children. [Muslim: 4320]

This instruction of the Prophet became a universally accepted law in Islam, and it has been the practice of the Muslims throughout history. It is because Muslims obeyed this law that we never saw Islamic equivalents of things like the Spanish Inquisition or the slaughter of civilians during the Crusades, even after the Muslims reclaimed Jerusalem.

Or closer to our time, the genocide that Europeans exported to other continents, such as North and South America and Australia, or the widespread slaughter of humans during the 1st and 2nd ‘World War’, which was mainly a European feud. None of these have comparable Muslim examples, and it’s because of the Prophet’s advice.

2. Killing of non-combatants such as old people, monks and workers is explicitly forbidden in Islamic scripture 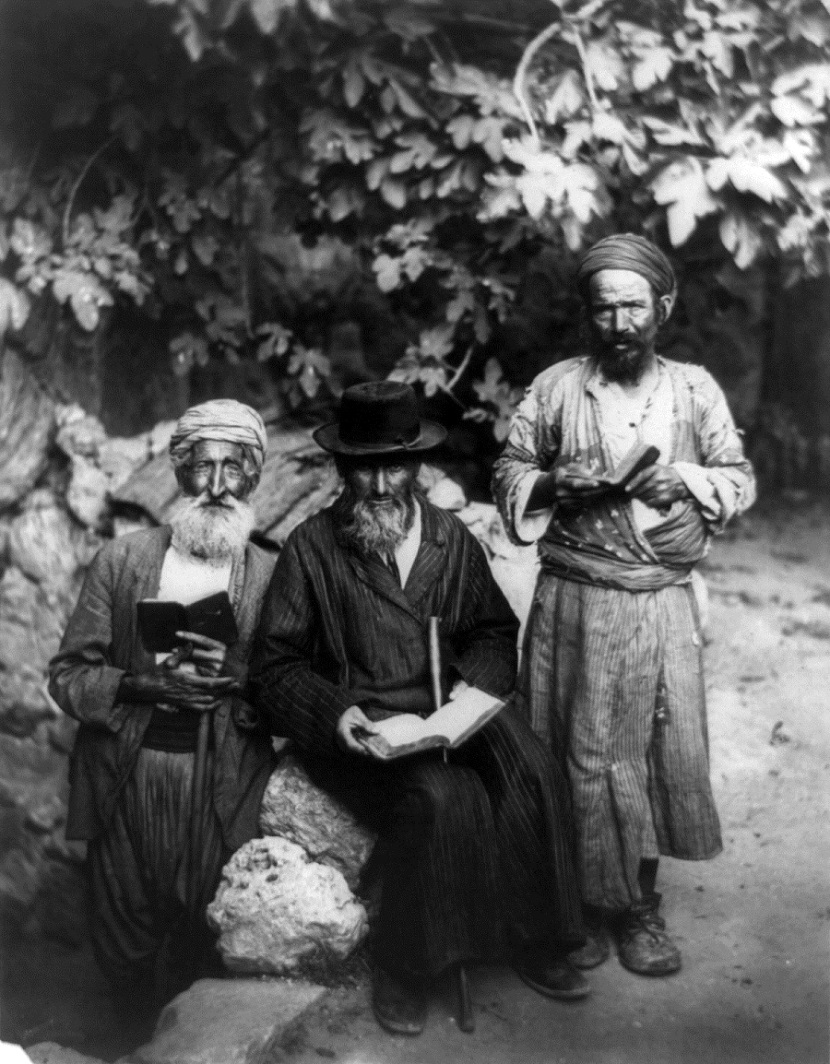 Ibn Abbas narrates that the Prophet (may peace be upon him) said to an outgoing army, “Leave in the name of God, and upon the way of his messenger. Do not kill any old person”. [Al-Bayhaqi: 16689]

Ibn Abbas also narrates from the Prophet (may peace be upon him) said, “Do not ever kill the people living in towers (i.e. monks). [Nayl al-Awtar: 3324]

Rabah ibn Rabee’ says he left in an expedition with the prophet (peace be upon him), who went up to Khalid ibn Walid [his general] and said “Do not kill the workers / wage earners [i.e. those workers not fighting you]”. [Ahmad: 15562]

The above hadiths are the words of the Prophet himself, explicitly banning the harm of those who fall into the broader classification of non-combatants. These traditions specify that the old who cannot participate in any aggression, the monks who have forsaken any interest in worldly life, and those regular workers that are not involved in politics or war are to be left alone. Furthermore, Muslim scholars have used these traditions to deduce through analogy, that more groups stand protected by Islamic law.

3. The prohibition of hurting the disabled and infirm

The blind, the infirm and the monks are not to be killed according to Islamic legal scholars as they are not from among the combatants, similar to the old person. [Al-Mugni: 7612]

This is the statement of ibn Qudamah, the compiler of Islamic jurisprudence, who can be likened to Maimonides in Judaism or St Augustine in Christianity in terms of their influence and acclaim. Here you can see that he has deduced from the words of the Qur’an and Hadith laws to protect other groups not explicitly mentioned, but are understood through inference. This is stated in the book Al-Mughni, which is described as the ultimate book to Shariah law.

In addition to banning various types of killings, the Prophet goes further to include more restrictions on the way Muslims engage in war. 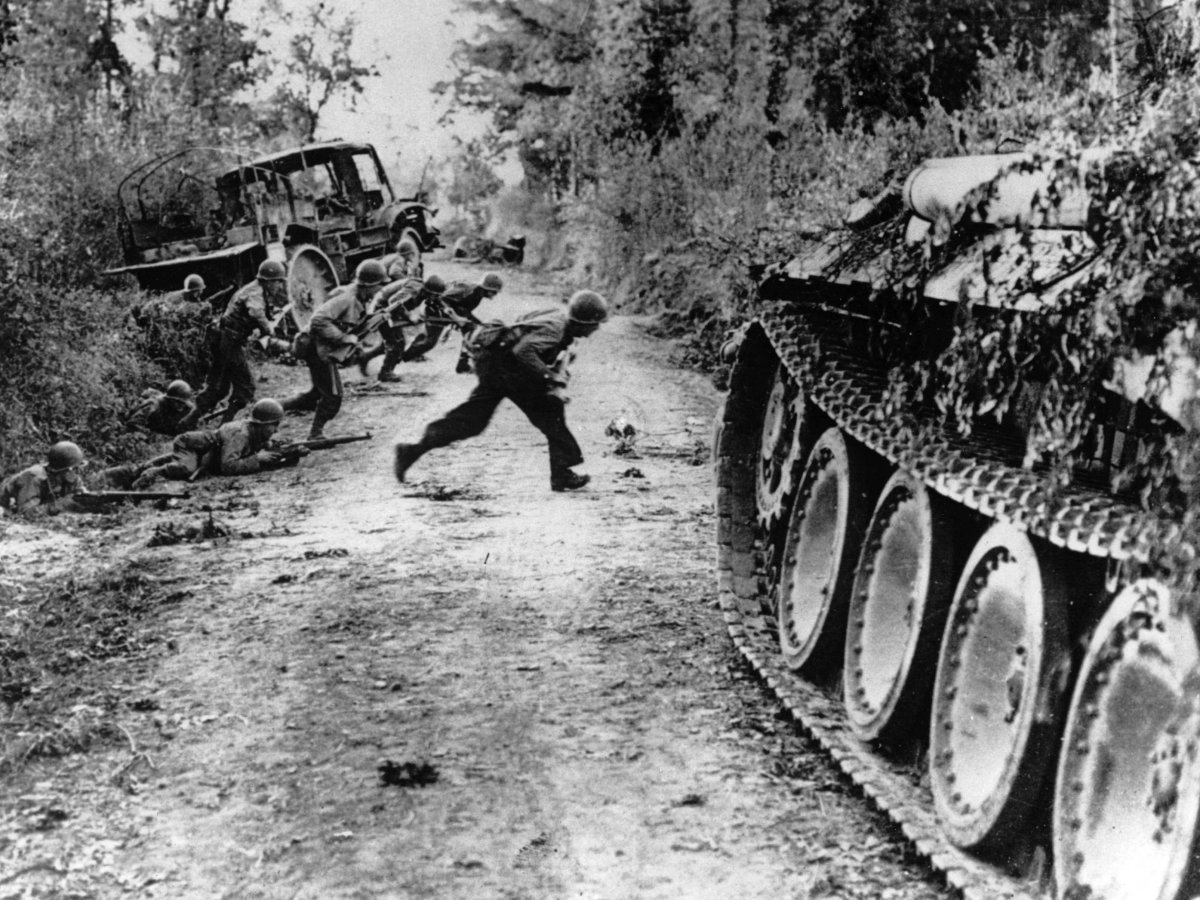 Sulaiman b. Buraid through his father reports that when the Messenger of Allah (may peace be upon him) appointed anyone as a leader of an army or detachment he would especially exhort him to fear Allah and to be good to the Muslims who were with him. He would say:

“Fight in the name of Allah and in the way of Allah… do not break your pledge; and do not mutilate (the dead) bodies; do not kill the children. [Muslim 4294]

This order is not concerning civilians but dead combatants. The Prophet taught Muslims to respect even dead enemy soldiers who were fighting against the Muslims just before their death. This was when it was common practice among the pagans of Makkah to disfigure dead enemy soldiers after the battle was over. In addition to dead enemy soldiers, there are also clear instructions of how to treat enemy soldiers that are still alive.

5. The Qur’an commands Muslims to show mercy to those combatants who surrender 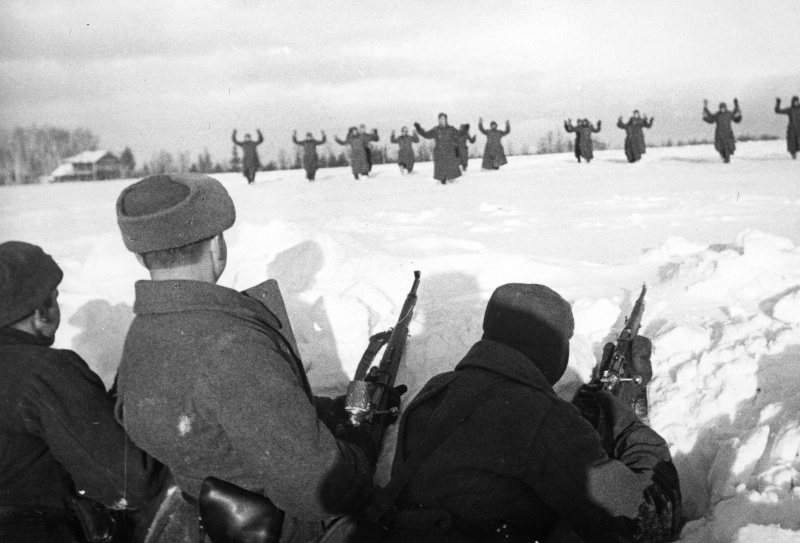 And if one of the disbelievers surrenders and pleads mercy, then show mercy so that they can hear the words of Allah, and then allow him to go back to his place of safety. [Qur’an 9: 5]

Verses like these are regularly overlooked by both the Islamophobe when they quote certain verses in isolation to the broader message of the Qur’an, as well as extremists who try to convince Muslims that Islam demands merciless violence and claim that anyone who disagrees are not real Muslims.

In fact, the most popularly quoted verse used to make Islam appear uber violent is, “And fight them wherever you find them, and turn them out from where they have turned you out” [Qur’an 2: 192]. This verse comes straight after the one quoted in the beginning of this article, (“And fight in the way of God those that fight you, but do not transgress”). However when taken on its own, without looking at what proceeded it, “them” in this verse could be understood as anyone and everyone, not just “those fighting you”.

So Islamophobes and extremists seem to misquote the same verses and choose to ignore the same ones, arguing the same lazy lie. Unfortunately for them, the sources of Islamic law say otherwise.

6. Treatment of prisoners of war 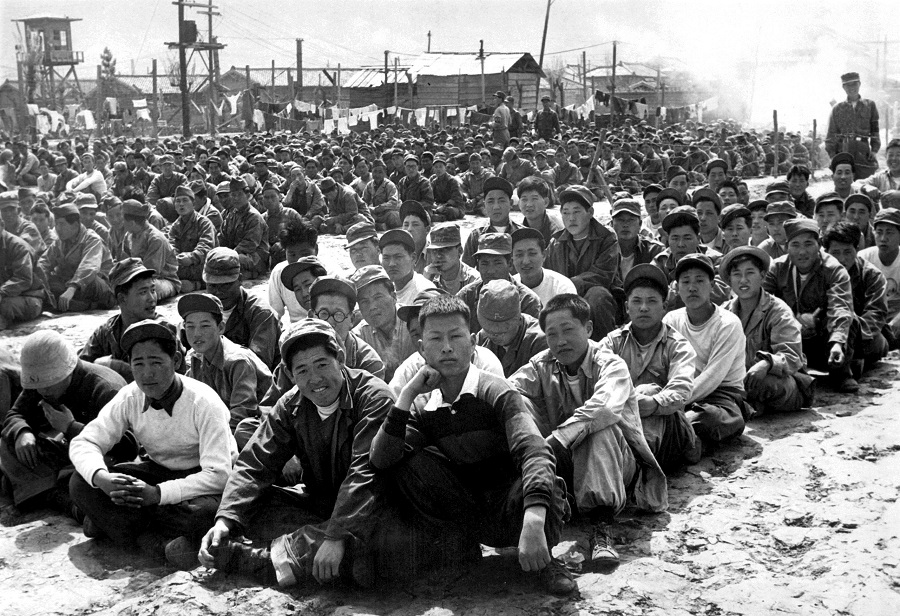 And they give food, in spite of their love for it (or for the love of Him), to the Miskeen (the poor), the orphan, and the captive, (Saying): ‘We feed you seeking Allah’s Countenance only. We wish for no reward, nor thanks from you”. [Qur’an 76:8-9]

Ibn ‘Abbas said: in those days their prisoners were mushrikeen (polytheists; on the day of Badr the Messenger of Allah (may peace be upon him) commanded them to be kind to their prisoners, so they used to put them before themselves when it came to food… Mujahid said, this refers to the one who is detained, i.e., they would give food to these prisoners even though they themselves desired it and loved it. [Tafsir ibn Kathir: Al-Insan]

In Islam, prisoners of war are treated with dignity and care. Islam introduced such rules of war 1400 years ago while the Geneva convention only decided to outlaw torture in 1977. And just like the clear cut rulings of Islam have had no affect on the actions of terror groups that claim to be Muslim, similarly the Geneva convention has not stemmed the torture and abuse by western nations in recent history.

7. Even the cutting of trees, destroying surroundings and killing animals without reason is illegal 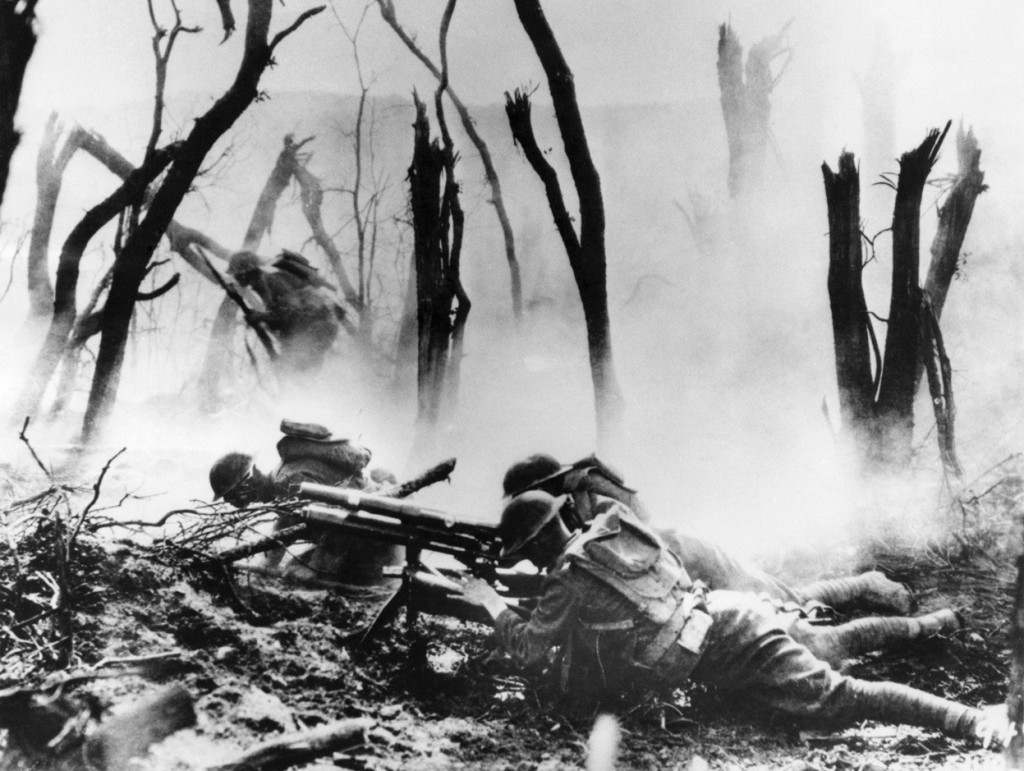 Abu Bakr said, “I advise you, do not cut the fruitful trees, or destroy homes. And do not wound the sheep, goats or cattle except to for eating”. [Al-Muwatta: 949]

This ruling, as ordered by the first and most important of the rightly-guided Caliphs sets the precedence for Muslim army conduct in foreign lands. This statement is part of a longer speech delivered to Muslim army generals who were about to set off for war against the Roman empire. There is no ‘shock and awe’ tactics which armies new and old employ, where infrastructure and civilian populations are terrorised into surrendering.

8. There can be no forced conversion 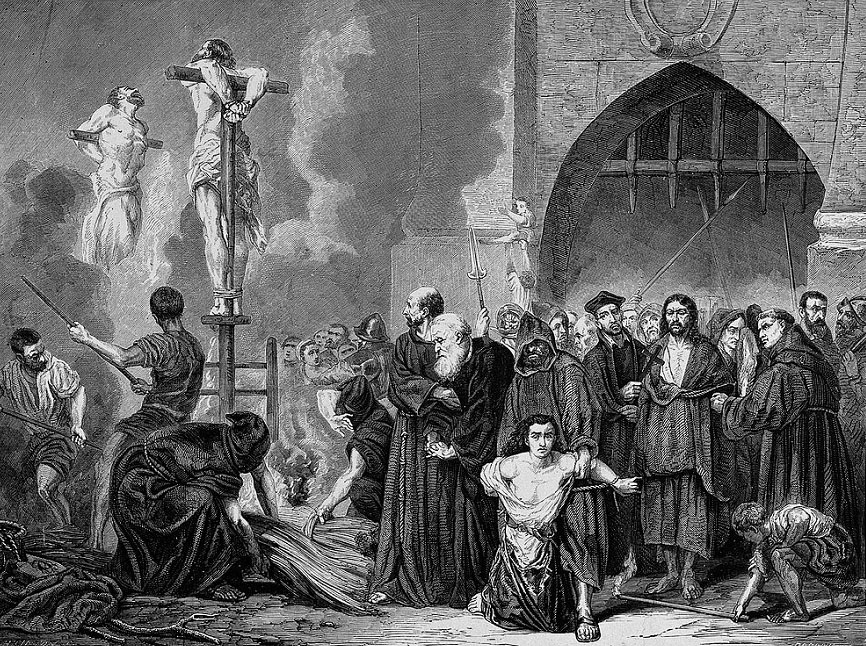 Let there be no compulsion in religion – Truth stands out clear from Error! Whoever rejects evil and believes in God has grasped the most trustworthy hand-hold, that never breaks. And Allah hears and knows all things. [Quran 2: 256]

As concise an instruction as can be; this one verse has stopped any attempt by Muslim armies to try and force people to accept Islam. Although Islam is indeed a missionary religion that seeks to win over followers, forced conversions are not counted.

There can never be a Spanish Inquisition in Islam. Simply because it won’t count. Islam can only be spread through strong arguments and debate, and it can only be embraced through sincere acceptance of the facts. So no, Islam did not, and could not have spread through the sword.

So there you have it, the rules of engagement of Islam, straight from words of the Prophet Muhammad and Shariah Law. It doesn’t sound nearly as bad as either the right-wing media or an ignorant extremist would have you think, right? That’s because there is a big difference between mainstream beliefs and practices of Islam which have been set in stone for 1400 years, and lazy tabloid readings of isolated quotes.

One thing is for sure, the Islamophobes who declare Islam to be barbaric and the isolated extremists dreaming up their own versions of Islam are two sides of the same coin. They both benefit from twisting scripture, and they both stand condemned as frauds when presented with the evidence from the sources of Islamic Law. With this knowledge at hand, you stand better equipped than 99% of the so-called experts out there, so use this information and spread it. Hopefully we will soon see a tide of unemployed ‘extremism experts’ lining up outside the job centre, where our trusted Job Centres will help them find real jobs.