Tharik Hussain also known as ‘The Wandering Musulman’ has uncovered 5 Islamic Secrets of Europe. As he embarked on a unique trail of discovery to uncover the hidden Islamic secrets of Europe, he uncovered amazing and bizarre clues about the cultural interchange between Europe and Muslims. It has convinced him that his own identity as a modern European Muslim has as much to do with Europe’s history as it does with any other.

Here are five lesser known little Islamic Secrets of Europe. Some of which are as funny as they are intriguing, whilst others will truly blow your mind.

In Vienna, the capital of Austria, whilst listening to tales of how the Ottoman Empire twice laid siege to the city in the 16th and 17th century, I came across a curios tale about the humble croissant – today at the heart of what we call the ‘Continental (European) Breakfast’. According to legend, the pastry was designed by the famous bakers of Vienna after the failed efforts of the Turks to take the city. 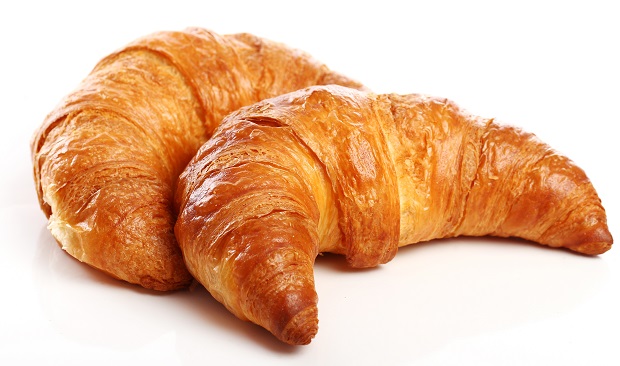 What do yo think, is this really about the Islamic Crescent?

The croissant is said to represent the crescent on the banners of the Ottomans – and this is apparently where the name also comes from. The thick ring around the centre of the pastry, which appears to be clutching the main body is meant to show the ‘capturing’ of the crescent. Although this tale is often dismissed as fanciful, I find myself looking at my ‘Continental’ breakfast in a whole new light these days. 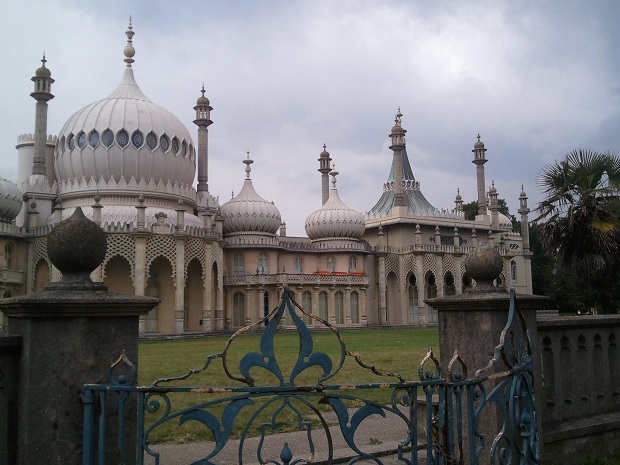 The Influence of Islamic India on Brighton is not restricted to the iconic Pavilion.

From Turkish influence to Indian. Look in any European bathroom and no doubt you will find sitting next to the shower a bottle of shampoo, completely oblivious to it’s role in connecting two worlds. The shampoo, or at least its ancestor, was actually brought to these shores by a Bengali-Indian ‘doctor’, known as Sake Dean Mahomed. A Muslim Bengali from Bihar, Mahomed arrived in Brighton in the 18th Century through his connections with the East India Dock Company. Upon reaching the imperial motherland, Mahomed opened up a kind of Victorian beauty salon, where the great and good of British Victorian society came for a treatment of Champi (the hindu word from which ‘Shampoo’ has been taken). Mahomed’s reputation grew to such a stature that he was quickly made the official ‘Shampooing Surgeon’ to both King George IV and King William IV. This wasn’t Mahomed’s only contribution to English ‘culture’ as he was also opened the UK’s first ever ‘curry house’ in London called the Hindustani Coffee House – Aplaque commemorating this can be found on George Street, in Westminster. 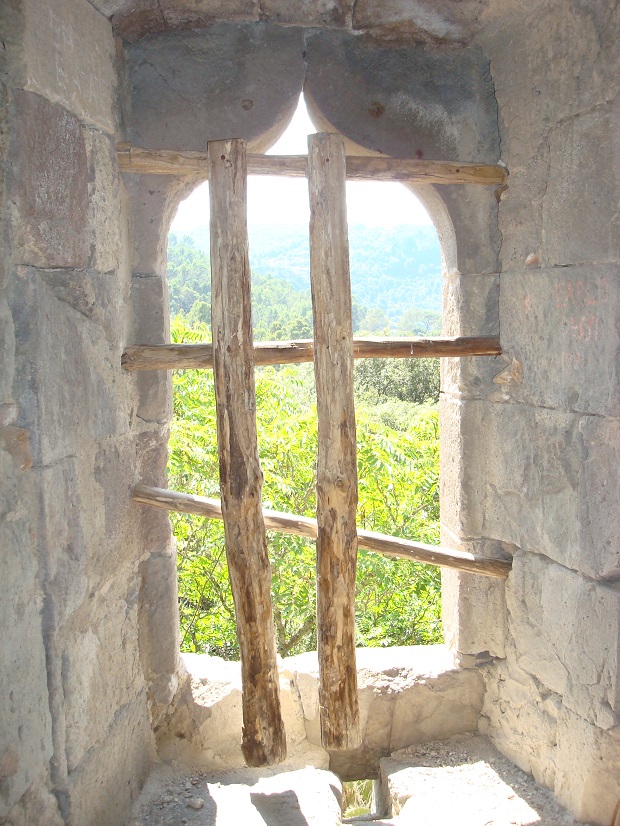 Note how closely the windows arch mirrors the onion domes of the east.

The influence on Europe by medieval Spanish Muslims is very well documented, yet few people know about what went on a few thousands miles south-west of the Iberian coast from about the 11th century onwards. There at the foot of Italy on the tiny Island of Sicily, a cultural renaissance just like the one in Andalusia reached great heights, the only difference being that it was not under the governance of Muslims, but fully Arabised Norman Christian Kings.

One of the main reasons for this might be down to the lack of physical historical remnants from this period, like there are in Spain with the Alhambra in Granada and the Mezquita in Cordoba.

However, whilst travelling through neighbouring Sardinia with my family, there is a possibility that we may have came across one such physical legacy. Tucked up in the hills of the park surrounding the town of Laconi, in the region of Oristano, there are the ruins of a castle known only as Castle Aymerich. Despite our best efforts we found very little information about this mysterious castle. Yet whilst walking amongst the few remaining crumbling walls, slowly being reclaimed by the surrounding woodland, we stumbled upon undoubtedly ‘Moorish’ window arches. Given the apparent date of the building, it will not come as a surprise to me if later evidence surfaces suggesting architectural influence by neighbouring Islamic Sicily. For a more fascinating legacy of Islamic Sicily keep reading. 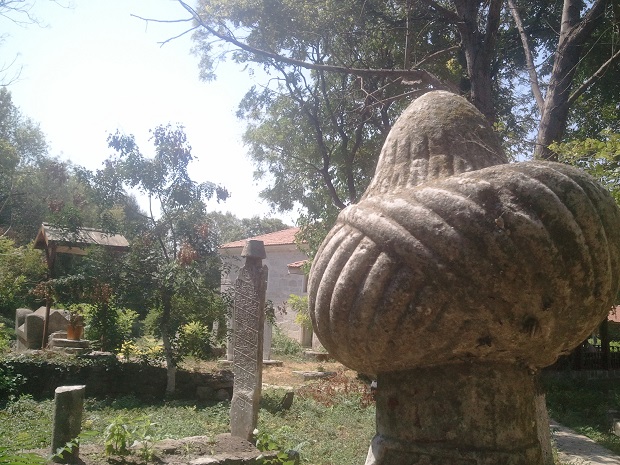 Ottoman headstones in the 16th century mosque in Mangalia, Romania.

Bram Stoker did for Romania’s tourism what Walt Disney has done for Florida. At times it can seem like Stoker’s fictional vampire, inspired by Vlad III of the medieval ‘Dracul’ family from Transylvania, is the sole reason many travel to this far eastern European country.

Yet I doubt any of these vampire tourists will know that Vlad III was actually versed in Arabic. That’s right, Dracula was an Arabist. In fact, there is evidence to suggest that he might have even been a Haafiz-ul-Qur’an – someone who has memorised the Qur’an.

I first came across this phenomenal possibility whilst researching ancient Ottoman mosques in towns like Mangalia and Constanta along Romania’s eastern coast. According to the history books Vlad’s father sends him and his brother Radu to the Ottoman courts of Istanbul, where they live with the Turkish Caliphs as part of a ‘hostage’ agreement – a kind of insurance for the Ottomans against an attack or breach of agreement. There the two boys were educated in the traditional Turkish way, which involved learning Arabic and mastering the Qur’an.

Once they return home, it seems the truth continues to become even more fascinating than the fiction, for young Radu Dracul upon the death of his father Vlad II, announces his conversion to Islam and joins the Ottoman ranks.

So there you have it, a Muslim Dracula. Not even Bram Stoker could’ve spun such a yarn.

It was always going to be difficult to top a Muslim Dracula story, especially in a list this short, but my top Islamic Secret of Europe does exactly that.

To do so, we have to make our way to the little scorched island of Malta, the most southern country of Europe, where we find the Islamic legacy not in a book, ruin or even a tale, but on the lips of the natives. Just ask a Maltese to count to ten and you will hear everything you need to, for the Maltese numbers are virtually the same as the Arabic. Something my astonished daughter discovered when I made her ask for ‘tnej’n’ (two) apples at a market and she was promptly handed two apples by a smiling old man. 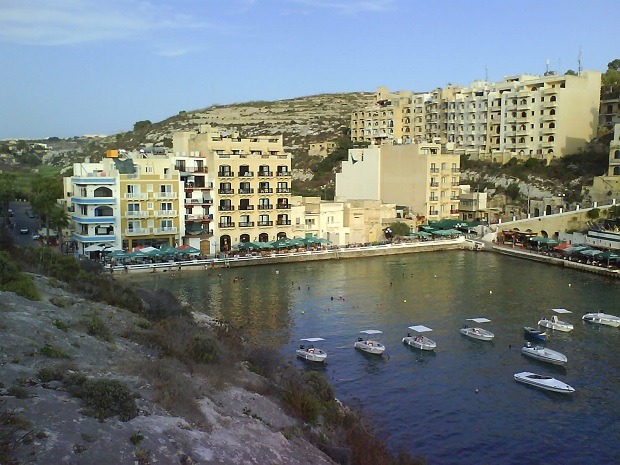 The Island of Gozo, part of Malta, where Arabs will hear a familiar phrase or two.

Despite it’s proximity to north Africa, where Arabic is widely spoken, it is the little Italian Island at the foot of Italy that Malta has to thank for this. Maltese in its modern form is the only remaining example of Siculo-Arabic, the Sicilian form of Arabic that developed during the Fatimid and later Norman Arab period (Maltese also contains Italian, French and to a lesser extent, English).

Siculo-Arabic actually died out in Sicily and was replaced by Italian Sicilian making Malta and Maltese people the possessors of the only living legacy of that ‘golden’ Islamic period of Sicily we mentioned before. In fact such is the dominance of Siculo-Arabic on the Malteselingua franca – between 32% and 40% – that it has the proud claim of being the only Semitic language written in Latin Script!

So there you have it. First hand evidence of how in truth, we are all just distant relatives. Why not share this with some Europeans or Muslim friends of yours and watch the bridging of that fictionalised ‘gap’ between us? 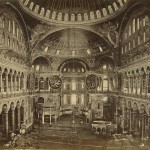 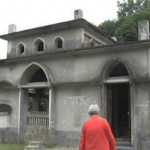