The Khawārij were a group who tried to exceed the piety established by the Prophet (peace be upon him). In fact, that caused them to question his positions and even kill some of his companions (May Allah be pleased with them). In an excellent book titled Studies on Religious Cults and Muslim History (Dirasāt al-Furuq wa Tārīkh al-Muslimīn) the writer gathers a number of traits of the Khawārij, who in the name of piety, do more damage than good. Here are a few:

1. They judge the hearts and intentions of people, holding their assumptions about them to be the truth. Thus, they speak to the objects of their assumptions in wretched ways and treat them with disdain. All based on their suspicions, not clear texts or proofs. Thus, the words munafiq (hypocrite) and kafir (disbeliever) ooze from their mouths like water from drainage pipes.
2. They distance themselves from the larger body of Muslims, undermining their institutions and leadership.
3. They focus on verses of Qur’an and sayings of the Prophet (peace be upon him) that contain threats, leaving those of promise and hope.
4. They seek to undermine religious scholars and leaders.
5. They use the concept of inviting to the good and forbidding the evil to kill and harm the innocent, even Muslims or, at the least, mistreat them.
6. They will help the Dajjāl (anti-christ). When Sayyidunā ‘Ali (May Allah be pleased with him) had eliminated them, a person said, “All praise be to God, who by their elimination has given rest to his servants.” Sayyidunā ‘Ali responded, “Nay! There are still remnants of them in the loins of men. They will fight with the Dajjāl.”
7. They love the Sunnah until it fails to agree with their desires.
8. Their worship is plentiful and their fashion for faith high, but they are the “worst of creation” and the “dogs of hell,” as noted in an authentic hadith of our beloved Prophet (peace be upon him).
9. They do more to harm the truth in the name of truth, pushing people in droves away from the light of Allah (Glorified and Exalted is He).
10. They have a sickness in their heart that causes them to lust for power and control, using religion as a gown to cover their illness. This is in the hadith of Abu Umāma where the Prophet (peace be upon him) describes them as such.Each of these points is supported by authentic hadīth and explanations of Quranic verses by the salaf. 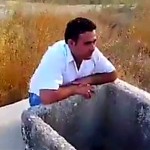 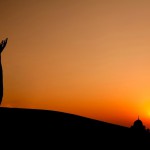