We get it. You’re working overtime because you’ve got a (halal) mortgage to pay, you’re putting your four kids through Islamic school, and on top of it all your spouse is complaining that you don’t spend enough time with the family. You’re stuck in the daily grind with no way out, thinking that a vacation, though desperately needed, is impossible. You’ll have time and money for that when you retire, right?

Wrong. One of the biggest regrets people have when they get old is that they did not travel enough when they were young, when they had the health (and free time, believe it or not) to do it. Travel is an immensely rewarding experience that, if done with the right intention, can humble you and enrich your life. Whether it’s a road trip to a nearby city or a vacation halfway across the world, here are the top 10 benefits of traveling for Muslims: 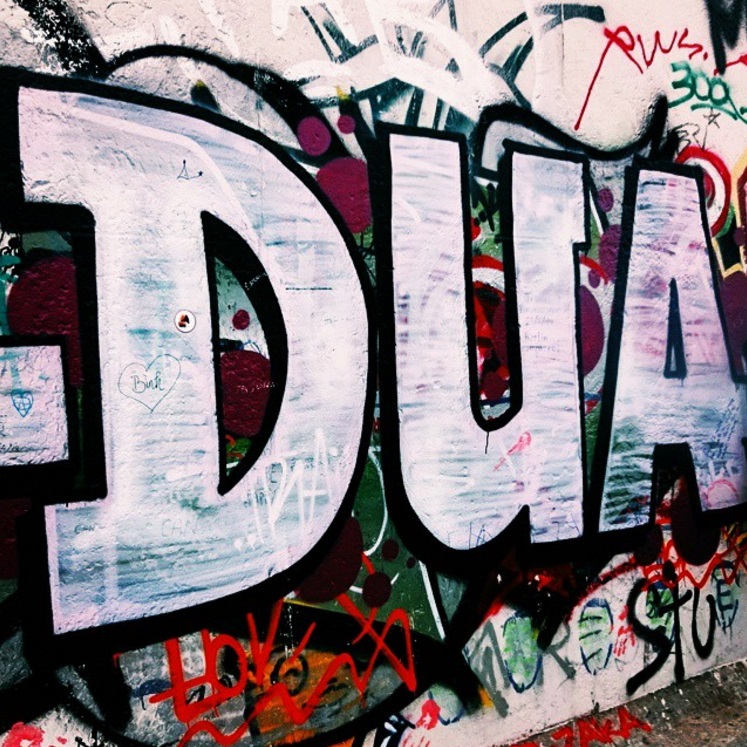 As all Muslims know, traveling is one of the best times to make dua because a traveler’s dua is never rejected. Allah loves it when His creation calls out to Him, and a Muslim understands Allah in a way such that if he asks for something from Him, Allah would be shy to leave him empty handed. We know that one of three things happen when you make dua: 1) That request is granted; 2) That request is not granted but you are protected from future harm; or 3) Your request is not granted but rather you get something even better than what you requested. In all cases it’s a win-win situation, so take advantage of your travel time and ask away!

2. Be an Ambassador of Islam 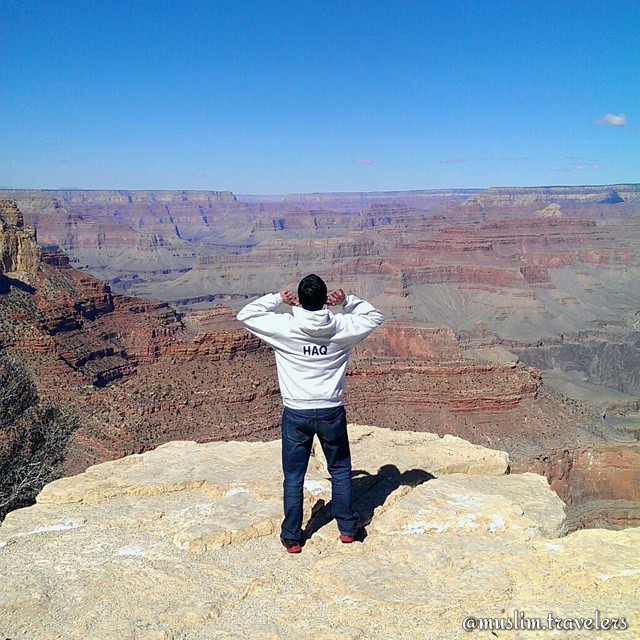 When we travel, particularly to countries with a non-Muslim majority, we represent our religion and way of life (this is particularly obvious if you or your travel companions wear the hijab). Islam spread through trade, not by the sword. People were drawn to our faith because of its simple message of one God and its strong morality and ethics. While traveling we’ve had the chance to spend extended time with people from all over the world — never preaching, just being ourselves. One young man from Peru told us that he’d never met a Muslim before meeting us, but after being around us he’d always remember that Muslims are people of strong faith and good character. Actions speak louder than words. 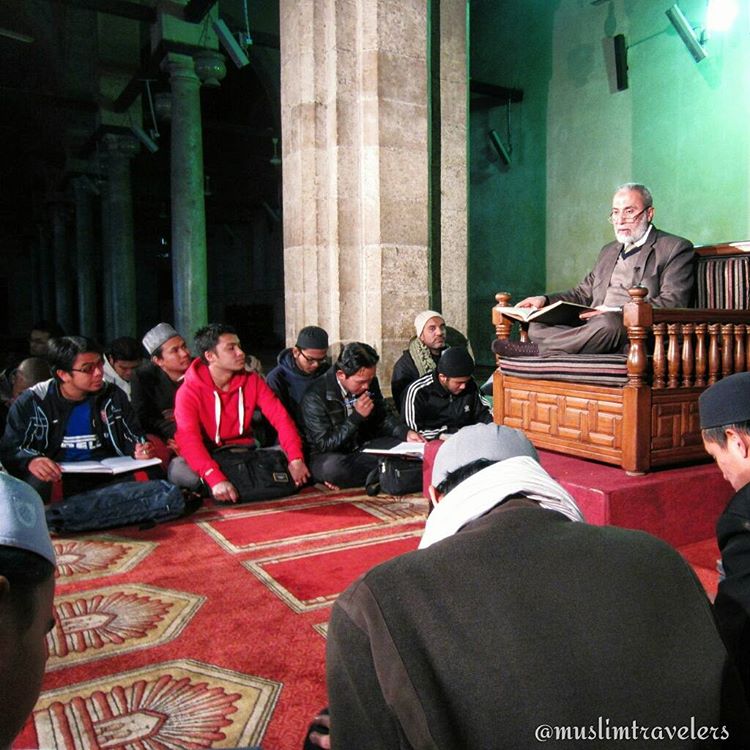 Sometimes, we get caught up in the same routine without realizing it. Traveling helps change up your routine, sharpens your saw, and awakens our inner curiosity by offering us new “first-time” experiences. It also gives you ideas and inspiration that you can take back to your home country. One great idea we came across was in Dublin, Ireland. The masjid there had a barber shop attached to it, and 4 days out of the week, female barbers would cut women’s hair. The remaining 3 days of the week, male barbers would cut men’s hair. What a simple and brilliant solution to a common problem that hijab-wearing women in the west come across! Travel helps open your eyes to see the bigger picture and educates you far beyond what you learned from school or the news. 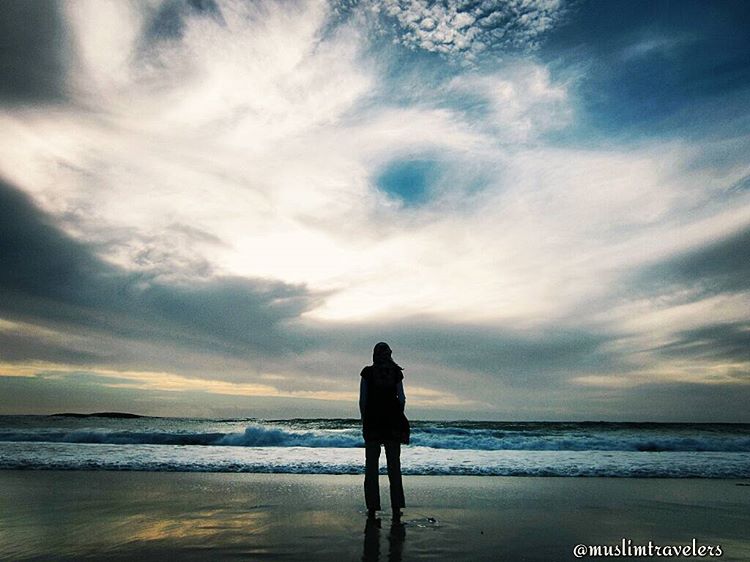 You only fear what you don’t understand. Traveling helps you overcome that anxiety and start living; as they say, life begins at the end of your comfort zone. Traveling invites the opportunity to get lost and face your fears of the unknown. And in the end, you’ll realize that the world is not as scary as the media portrays it to be. 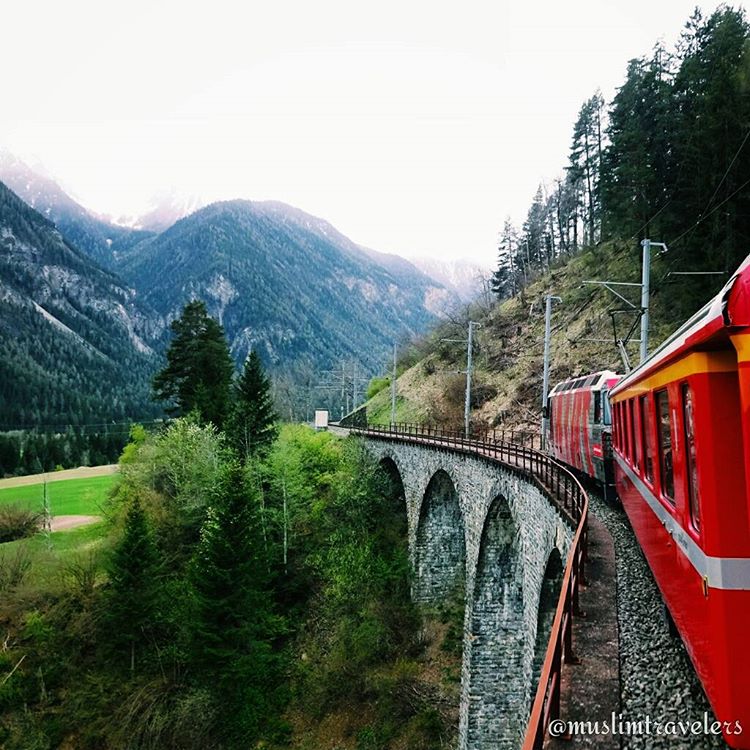 When you travel, you can’t just pack up all your belongings and take them around with you. You have to pack only the things that matter to you. We’ve lived for months out of a backpack many times and have realized that traveling is a metaphor of what the afterlife will be like. When you die, you’ll leave everything behind – money, cars, houses, your dream job – and just take what matters the most, your good deeds. The smile you gave to the cashiers, the courtesy you showed when opening a door for someone, the charity you gave to that beggar on the street not because he/she needed it but because YOU did – that’s what you’ll take to your grave.

6. Witness the Greatness of Our Ummah 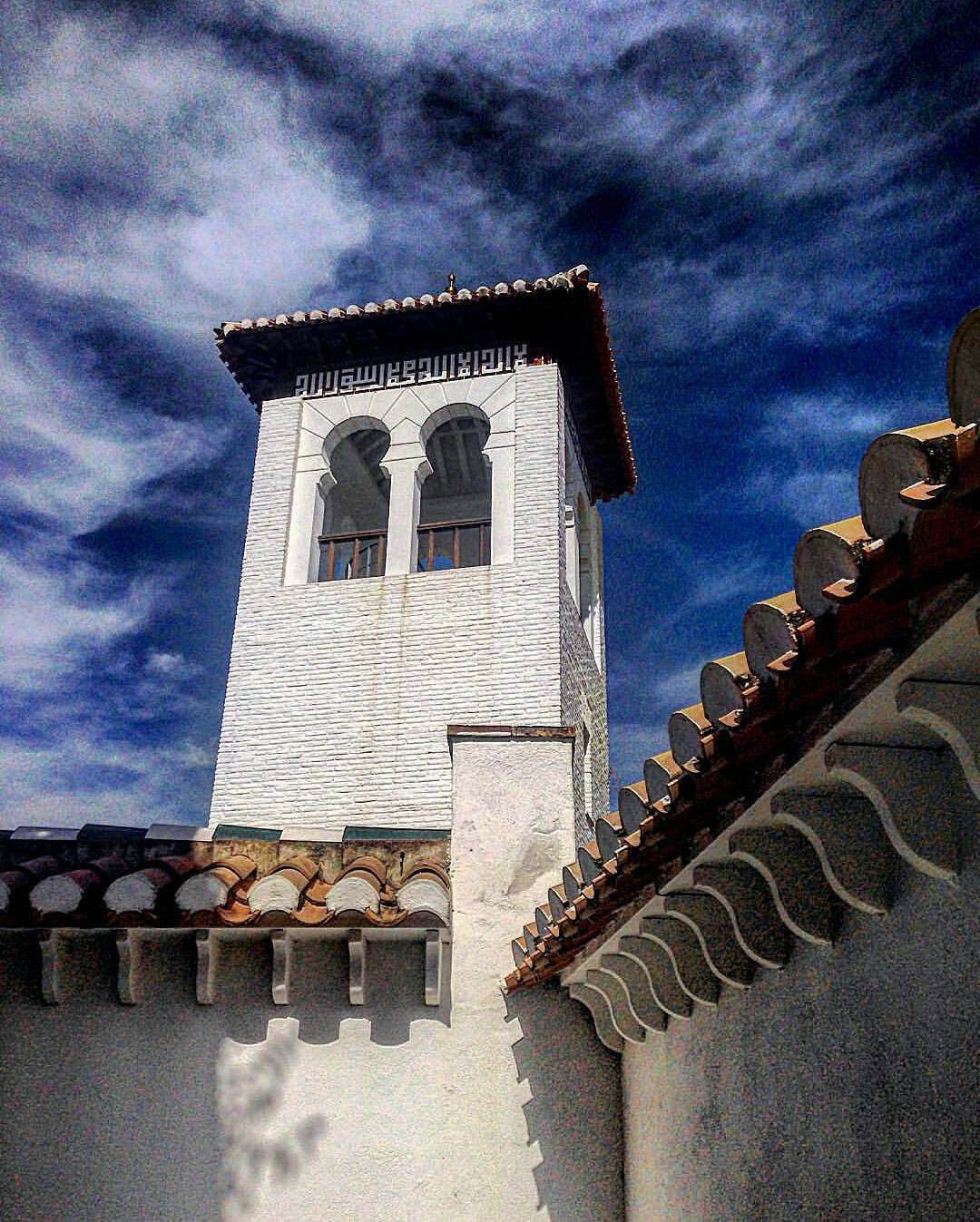 From the golden period of Islamic Spain to the caliphate of the Ottoman Empire, Muslims have a rich and fascinating history. When we visited Fes, Morocco, we toured the University of al-Qarawiyyin, which is the oldest university in the world and was built by a Muslim woman! It’s also wonderful to see just how quickly Islam spread across the globe — a clear testament to its simple, beautiful and unifying message. Just 20 years after the death of the Prophet Muhammad (S), Islam arrived in China and a masjid was built to honor this occasion. Today, the Great Mosque of Xi’an is the largest masjid in China, and the surrounding Muslim quarter is populated by the descendants of Silk Road merchants. SubhanAllah, Islam’s impact across the globe is awe-inspiring and will build a strong sense of unity within you.

7. Witness the Suffering of our Ummah 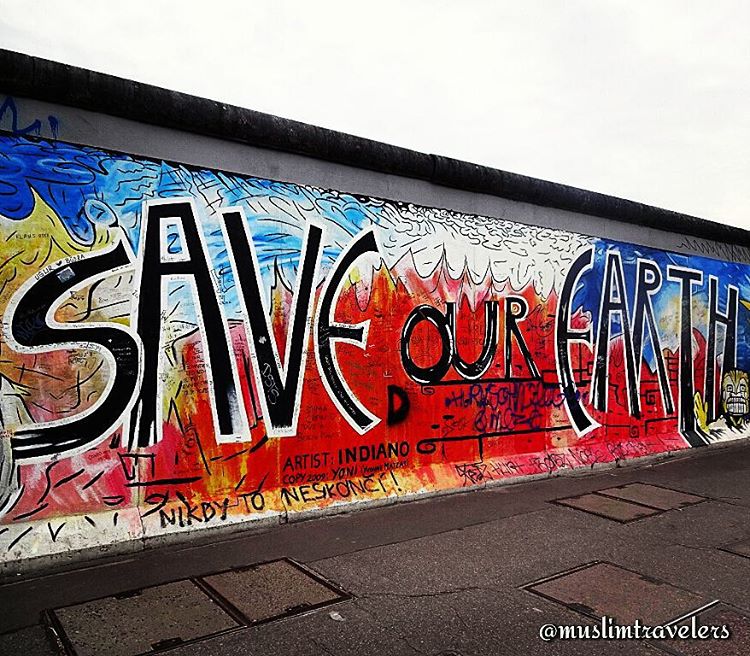 Traveling will make you grateful. VERY Grateful. Grateful for your shelter, grateful for your comfort, even grateful for your minor inconveniences and first world problems. Muslim countries are some of the world’s poorest countries, and most people survive on less than a dollar a day. Do something different and instead of donating online to a charity, take the time to personally give your zakat/sadaqa to a person in need and see his or her reaction firsthand. This will preserve your humility and raise your status with Allah (swt) at the same time.

8. Witness the Beauty of the Earth 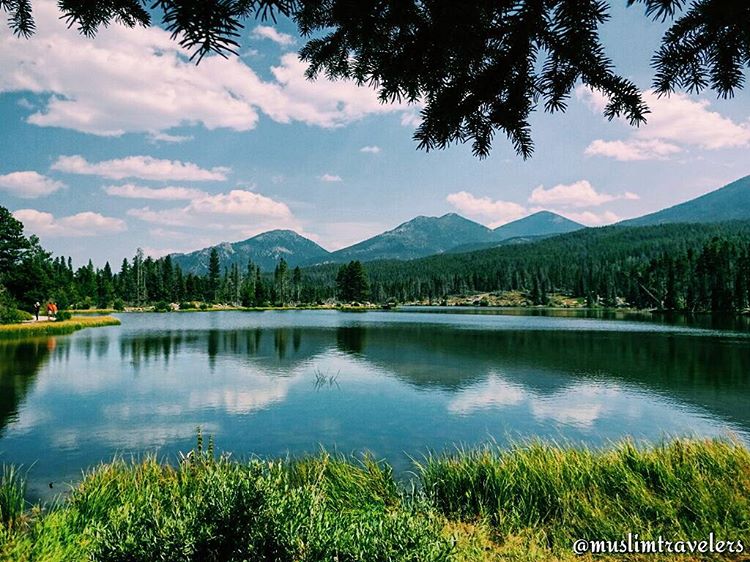 Allah (swt) created everything on Earth for a reason. Most of us get caught up in our city lives and rarely get to go out and see natural beauty. The oceans, the mountains, the stars, the sunsets… these are all signs of Allah’s majesty and perfection in creation, and when we take it all in, we realize what a tiny place we occupy in the world. We remember traveling through Argentina at night and seeing the thickest and most beautiful blanket of stars we’d ever seen in our lives. Witnessing the vast expanses of nature is one of the most humbling experiences you’ll ever have.

9. Witness How Worthless Money Can Be

Once you start traveling frequently, you’ll go through countless foreign currencies and start to see how in the end it all seems like ‘Monopoly’ money. You’ll realize that the cash you’re constantly exchanging has no intrinsic value; it’s just paper that man has assigned a value to. It’s a simple reminder that we shouldn’t get too attached to the money that Allah has provided us with.

10.  Meet Your Brothers and Sisters in Humanity and Witness Their Kindness 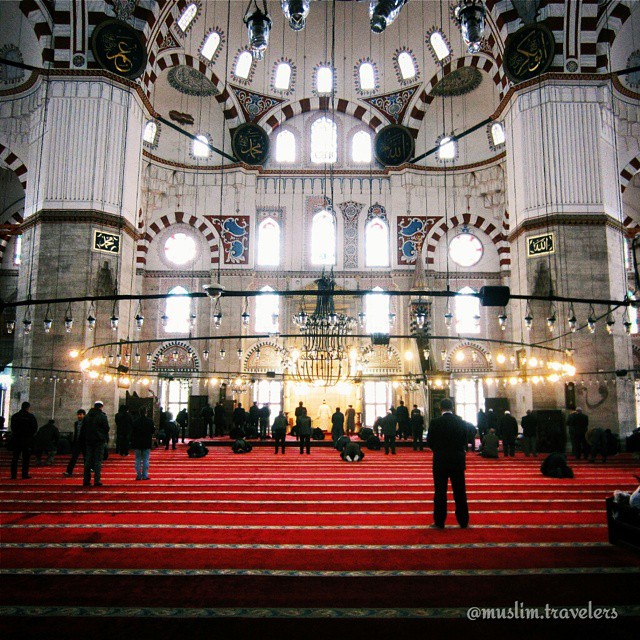 Allah says in the Qur’an:

“O mankind, indeed We have created you from male and female and made you peoples and tribes that you may know one another. Indeed, the most noble of you in the sight of Allah is the most righteous of you. Indeed, Allah is Knowing and Acquainted.” (Qur’an 49:13)

Sometimes we get caught up in our own circles without realizing it. Traveling helps you get out of that bubble and meet a variety of people – people who are curious, warm, genuine, and good-hearted. After Jum’uah prayer one Friday in Safi, Jordan, a brother from the masjid invited us to his humble home for lunch. We got to meet his entire beautiful family and he gifted us a Qur’an when we left. I was touched by his generosity. Traveling restores your faith in humanity and makes you realize that we are all in the same boat together. We all want peace, financial stability, security, and most of all, to be loved and accepted. Warmongering people, Islamophobes, bigots, and racists usually don’t interact with much of the world outside of where they grew up and usually have friends of the same race. Let’s all get to know one another and bring back peace to this world. 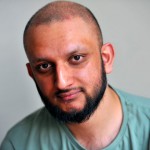 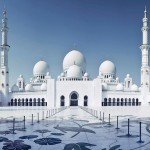