Did you know that the Arabic adhan was once banned in Turkey?

For many years, Turkish Muslims were called to prayer not in the way the Prophet (saw) and his companions were, but in a Turkish translation.

Even the word Allah was translated.

In 1932 the prime minister and founder of the Turkish Republic, Mustafa Kemal Ataturk, banned the Arabic call to prayer.

It wasn’t until, 18 years later, that the ban was finally overturned.

Banning the adhan was one of many ways Ataturk aimed to cut ties with Turkey’s Ottoman past and secularise the country.

Despite the ban, some continued to recite it in Arabic leading to further crackdowns. Police were posted at the doors of mosques and anyone caught could face up to three months in prison or be fined.

Some protested by travelling around the country reciting the adhan, while others made sure children memorised it. In 1949, two men, Muhiddin Ertuğrul and Osman Yaz recited the adhan from the gallery of the National Assembly during a legislative session.

But it wasn’t until a year later when Turkey’s first democratically elected prime minister came to power that the ban was finally overturned.

In fact, it was the first thing Adnan Menderes did as prime minister. He declared: “The Turkish nation is Muslim and will remain so forever. It is off-limits to trespass freedom of religion in this country…”

The ban was finally lifted on June 16, 1950 one day before Ramadan.

Today in Turkey, the adhan is called out five times a day in more than 80,000 mosques all across the country. 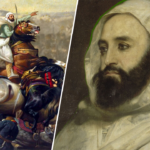 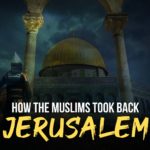