The Great Irish Famine which began in 1845 resulted in the deaths of over 1 million people. The news reached Ottoman Sultan Caliph Abdulmajid so he declared his intention to send £10,000 (worth £800,000 today) to help the Irish people but the Queen of England requested that the Sultan send only £1,000 because she had sent only £2,000 herself. The Sultan sent the £1,000 but also secretly sent 3 ships full of food. The English courts tried to prevent the ships but Ottoman sailors succeeded in docking secretly at the small port of Drogheda and delivered the food. 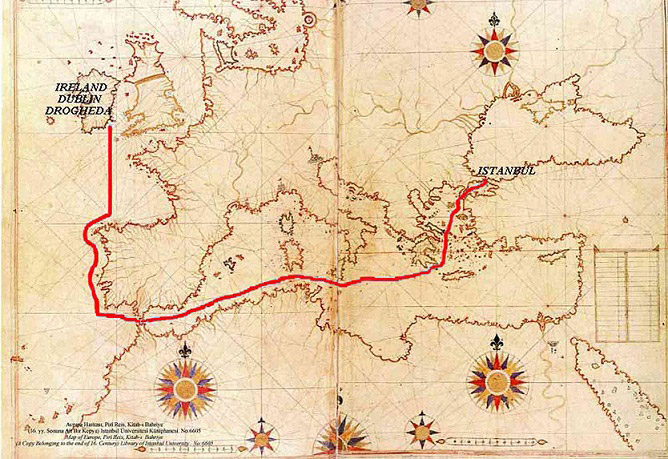 The 6,000 mile route from Istanbul to the port of Drogheda, Ireland 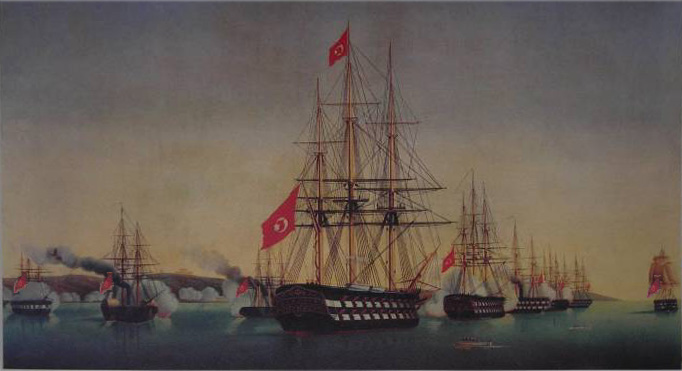 Painting: Ottoman ships at the the port of Drogheda, Ireland

The Irish sent the following letter in gratitude to the Caliph of the Ottoman Islamic state:

“We the noblemen, gentlemen and inhabitants of Ireland want to express our thank and gratitude for the Ottoman Sultan’s munificent assistance due to the disaster of dearth. It is unavoidable for us to appeal the assistance of other countries in order to be saved from the enduring threat of death and famine. The Ottoman Sultan’s munificent response to this aid call displays an example to European States. Numbers were relieved and saved from perishing through this timely act. We express our gratitude on their behalf and hope that the Ottoman Sultan and his dominions will be saved from the afflictions which have befallen us.” 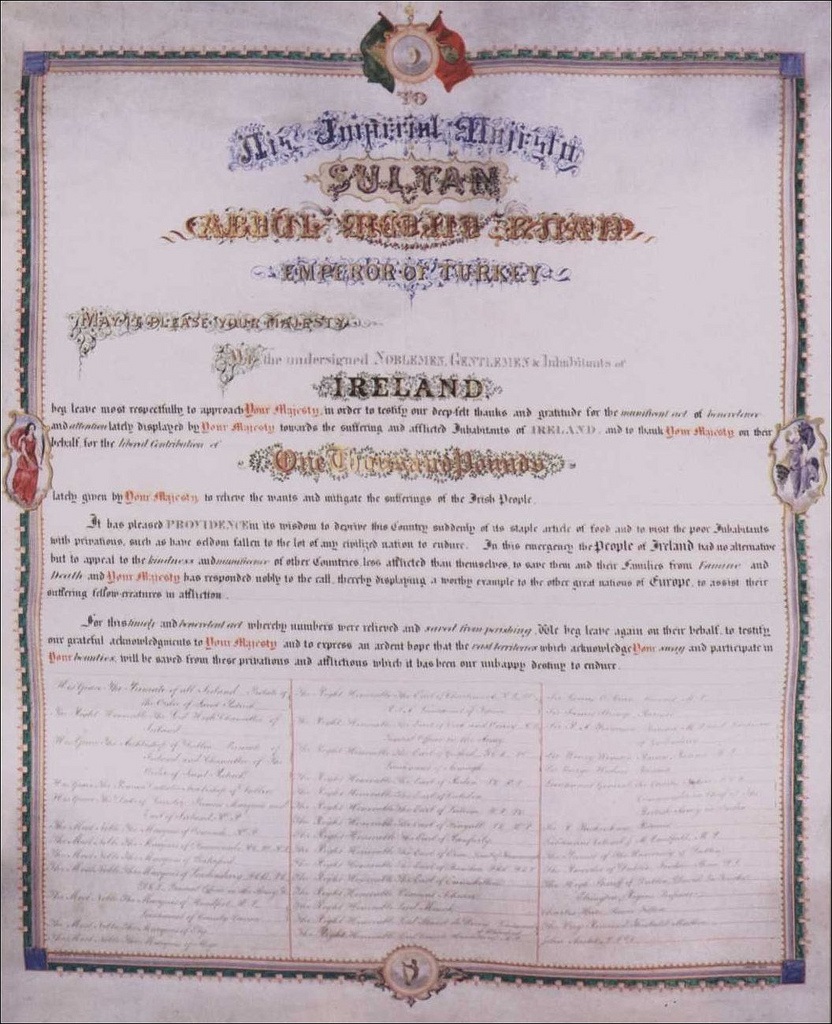 The letter sent to the Ottomans on behalf of the Irish people.

In 1853, Christian priest Rev. Henry Christmas wrote the following about the incident and about Sultan Abdulmajid, the Caliph of the Islamic state:

“One or two anecdotes will put his character in its true light. During the year of famine in Ireland, the Sultan heard of the distress existing in that unhappy country; he immediately conveyed to the British ambassador his desire to aid in its relief, and tendered for that purpose a large sum of money. It was intimated to him that it was thought right to limit the sum subscribed by the Queen, and a larger amount could not therefore be received from his highness. He at once acquiesced in the propriety of his resolution, and with many expressions of benevolent sympathy, sent the greatest admissible subscription.”

On a visit by former Irish president, Mary McAleese to Turkey, she made a statement during a meeting with her Turkish counterpart expressing words of gratitude from the people of Ireland for humanitarian aid provided by the Ottoman Caliphate.

Today, an Irish football club called Drogheda United FC bears the Ottoman crescent and star in commemoration of the Ottoman aid that was delivered to its town. 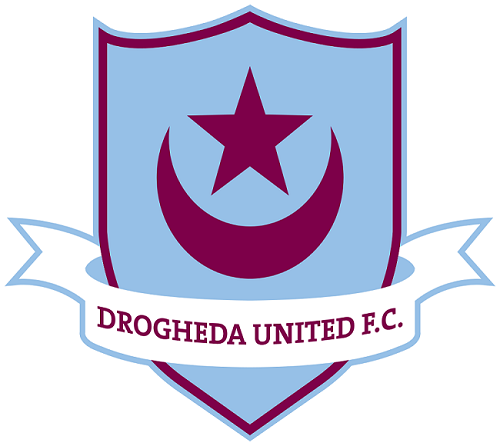 The Westcourt Hotel which is situated next to the room where Ottoman sailors were said to have stayed after delivering food to the town, displays a plaque which states:

“The Great Irish Famine of 1847 — In remembrance and recognition of the generosity of the People of Turkey towards the People of Ireland.” 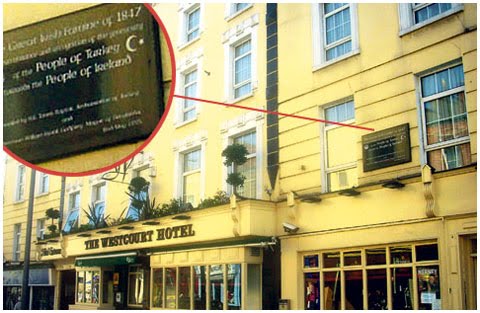 The Ottoman empire which lasted more than 600 years and controlled a vast geographical area including Palestine, Iraq and Syria was the last of a succession of Islamic states from the time of the Prophet Muhammad (peace be upon him) and history bears witness to the justice and humanity found within the caliphates. The caliphate would cater for the economical and social needs of the people – that of both Muslims and non Muslims – and allowed education, Science and arts to flourish.

Though empires like the Ottomans had their shortcomings the narrative of a caliphate or an Islamic state being only about violence, death and terrorism is dishonest and we mustn’t let a small group hi-jack a part of Islam which is an aspiration of Muslims worldwide. 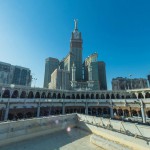 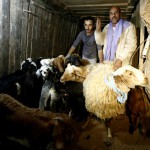