A speech by 15-year-old Leanne Mohamad has gone viral after the video was removed by the speaking competition’s organizers.

Responding to suggestions that it was removed due to accusations of anti-Semitism, the Speakers Trust wrote in a statement:

As a Regional Final winner the speech was posted online. Following vile and hateful comments posted online during this Bank Holiday weekend Speakers Trust removed the video of Leanne’s speech. We will not tolerate trolling of young people. As a small charity without the capacity to moderate comments 24 hours a day it was considered essential to protect Leanne by temporarily suspending the regional video until we were able to consult fully with her school and family.

Leanne reacted to the decision to remove her video on Twitter:

Why is it called a “Speak Out Challenge” when I am then silenced?

Leanne’s powerful speech has won her praise online but she has also been subjected to hateful comments.

Absolutely appalled to receive such hateful messages from adults on twitter.I’m 15 years old,you should be ashamed.Police have been informed

Were they right to remove the video? Share your thoughts in the comments section below. 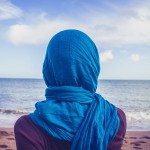 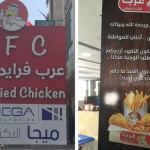