Tobie Allen, a Briton has written about what it’s like living in an Muslim country. He describes how he has never heard a police-siren or seen a fight in the 9 weeks he has lived there.

Tobie also talks about the security that is enjoyed by the inhabitants of the country and how he is able to leave his front door open without any security concerns.

Food for thought – I now live in an Arab country. Based on Islamic principles and religion. I hear the call of prayer 5 times a day. I cant drink in public, i cant watch sexual material, i cant kiss in public, i cant drink in public if i wanted to, even e cigarettes are banned. I come from the UK and I think Im proud of it – a supposedly first world country. We were programmed by the media that middle eastern way of living does’nt fit the mould of a our supposedly perfect way of life – I come from a country where i get free health care, free benefits, free housing, a supposedly tolerant country with freedom of speech. I have lived in this supposedly oppressive society for 9 weeks. I have not heard a single police siren – not seen a single fight – not seen a single drunk person smashing beer bottles down the street calling their next door neighbour a **%£. I see on the front of newspapers the success of kids as headline news. I see kindness of humanity on a daily basis. I can leave a mobile in a cab and they will find out where you live and return it.People say hello to me on the lift in the morning. I get a good morning from random people in the queue of costa. i leave my front door open throughout the day and when sleeping.I see people with smiles on their faces on a daily basis. If these supposedly oppressive third world Islamic rules create a society tolerant of others around them and create kindness and happiness then to be quite frank i sort of like Islam. My heart is from my birth place and my beliefs will remain the same but should we really believe everything in the media till we’ve experienced it ourselves because for today i know where my soul is happier. I just think before we condemn others make sure our side of the street is clean. have an awesome weekend to all of you” 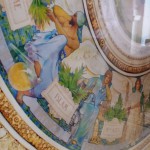 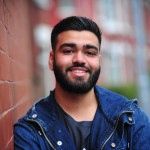