At first glance, it may seem like the three people pictured praying by their cars in the middle of the road are causing an obstruction.

The photo was taken in Saudi Arabia, a country where there are mosques and prayer rooms everywhere and one may ask why did these people decide to block a lane of traffic and pray on the road?

The reason is actually quite incredible. As it turns out, they were complete strangers who were involved in a collision and while they waited for emergency services to arrive, they decided to pray in congregation so they would not miss the prayer.

Saudi traffic rules dictate that drivers involved in a collision should not move their cars until the authorities arrive to investigate.

The photo has now been shared many times on social media sites and its a story that deserve to go viral! 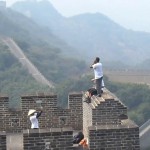 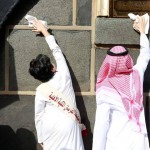