The month of Ramadan is upon us. This is a month like no other. It is said the companions of the Prophet (pbuh) would spend 6 months in preparation for this blessed time. Muslims should see this as a month of opportunity and one to grasp with both hands. It is not a month of simply abstaining from food and drink, the Prophet (pbuh) said:

“Perhaps a person fasting will receive nothing from his fasting except hunger and thirst.” (Ahmad).

Rather there are many blessings, virtues and lessons we should take from this month.

Firstly, the act of fasting itself which is to abstain from food, drink and intimacy during daylight hours. Muslims are obligated to fast for the 29 or 30 days of this month at the end of which is followed by Eid-ul-Fitr. The act of fasting is not only one that is full of reward and blessing but it is a protection against sin and Jahannum:

“(Allah said), ‘Every good deed of Adam’s son is for him except fasting; it is for Me. and I shall reward (the fasting person) for it.’ Verily, the smell of the mouth of a fasting person is better to Allah than the smell of musk.” (Hadith, Bukhari)

“The fast and the Qur’an are two intercessors for the servant of Allah on the Day of Resurrection. The fast will say: ‘O Lord, I prevented him from his food and desires during the day. Let me intercede for him.” (Hadith, Ahmad)

“Fasting is a shield with which a servant protects himself from the Fire.” (Hadith, Ahmad)

The purpose of fasting itself is revealed to us in the Quran. Allah says:

To attain ‘Taqwa’ is to become ‘God-fearing’ or ‘God-conscious’. Therefore, although ramadan can bring many benefits, it can be a time to improve relationships and it is also a reminder of those less fortunate, the specific purpose of this act has been clearly laid out and this is what should be at the forefront of our minds for us to achieve.

Ramadan should be the month of the Quran. Allah (swt) says:

“The month of ramadan in which was revealed the Quran, a guidance for mankind and clear proofs for guidance and the criterion.” (2:185)

We should aim to read the Quran as much as possible this month. Ideally we should aim to complete the entire Quran in these 30 days, which can easily be done by dedicating just one hour a day or you can split this up to reading approximately 10 pages after ‘Suhoor’, 10 in the afternoon and 10 pages after ‘Iftar.’ The Prophet’s (pbuh) companion Uthman (ra) would recite the whole Quran in a single day. There are many reports of companions and pious predecessors completing the Quran every 2 or 3 days in ramadan. It is said that the angel Jibreel used to meet the Prophet (pbuh) every night in ramadan and study the Quran with him. The Prophet (pbuh) also told us that whoever reads a letter from the Quran will have a reward multiplied by 10. What better incentives and role models do we have for reading the Quran this month?!

The fast commences each morning before sunrise and this is known as ‘Suhoor’. Many Muslims skip this pre-dawn meal as it is too difficult to wake up or they may be too full from eating the night before. However, the Prophet (pbuh) told us of the goodness and bounties there are in Suhoor:

“Have Suhoor for verily there is blessing in it.” (Abu Dawud)

“Indeed it is a blessing that Allah (swt) has given to all of you, so do not leave it.” (Nasai)

“Have Suhoor even if it is a mouthful of water.” (Ibn Hibban)

“Indeed Allah and His angels send Salah upon those who have Suhoor.” (Tabarani)

Muslims break their fast at sunset with a meal known as ‘Iftar’. After a long and tiring day of fasting, this is the moment that not only quenches your thirst and fulfils your hunger, but it is a time when you are satisfied that you fulfilled an obligation for the sake of Allah (swt). The Prophet (pbuh) said:

“Fasting is a screen (from Hell) and there are two pleasures (moments of happiness or joys) for a fasting person, one at the time of breaking his fast, and the other at the time when he will meet his Lord.” (Bukhari)

Again, there are blessings at this time just as there are at Suhoor, the Prophet (pbuh) said:

“At every breaking of the fast, Allah has people whom He redeems” (Ahmad)

It is also encouraged to give food for Iftar for your family, friends, neighbours and the poor:

“Whoever gives Iftar to one who is fasting will have a reward like his, without that detracting from the fasting person’s reward in the slightest.” (Hadith, Tirmidhi).

Iftar is also a great time to spread the message of Islam, to invite a non-Muslim friend, neighbour or colleague for Iftar. Also look out for Muslims who may be spending Iftar alone for some reason, particularly those who have converted to Islam. Invite them around or meet them to break your fast together.

Ramadan is also the month of prayer. As well as the regular five daily prayers, it is encouraged to perform the ‘Mustahaab’ (recommended) and ‘Nafl’ (voluntary) prayer units whilst carrying out your usual daily prayers. There are also the specific night prayers in ramadan such as Qiyaam/Taraweh which are full of reward and have become synonymous in ramadan along with fasting during the day. The Prophet (pbuh) said:

“Whoever prays Qiyaam with the imam until he finishes, it will be recorded for him that he spent the whole night in prayer.” (Abu Dawud)

“Allah (swt) has made Ramadan fasting obligatory. I have made the night prayer (taraweh) sunnah. He who fasts and observes night prayers believing the virtues and seeking his reward from Allah (swt), He will be saved from his sins as a newborn baby.” (Nasai)

If you do not usually perform your five obligatory prayers, ramadan is a perfect time to start. Even if you have never prayed before, what a month to a make a fresh start and commitment. Everyone is on a spiritual high and striving to do good deeds. This month will show you what you are capable of, if you can do the five daily prayers this month it will become habit and normal practice for you to do them outside of this month. Many people who did not previously pray regularly started in ramadan and kept it up ever since.

This is a time when we should be making supplication to Allah (swt) more than ever. The Prophet (pbuh) said:

“In every day and every night, during the month of Ramadan, there are people to whom Allah grants freedom from the Fire, and there is for every Muslim a supplication which he can make and will be granted.” (Ahmad and Ibn Majah)

The Prophet (pbuh) also informed us that there is a time this month where our duaa is accepted:

“Indeed there is for the fasting person, when he breaks his fast, a supplication which is not rejected”. (Ibn Majah, al-Hakim)

Often people struggle to think of what to make supplication for. However, there is never a shortage of reasons to put your hands up in duaa to Allah. We can thank Him for the everyday blessings we have, to accept our good deeds, to guide the Muslims and Non-Muslims in our lives, make duaa for those suffering and oppressed in the World, to help our friends and families, we can ask Him for guidance, ask Him for help in our studies, jobs, relationships and life goals, we can repent to Him in our duaa, we can ask him for His Mercy and ultimately we can ask to attain Jannah. With a little thought, there is never a reason not to make duaa!

Ramadan is also a month of seeking the mercy and forgiveness of Allah (swt).

The period between one Ramadan and next, all of those sins committed and accumulated where we have wronged ourselves, these sins can be forgiven and we can ask Allah (swt) for his forgiveness and for a fresh page:

“The time between the five prayers, two consecutive Friday Prayers, and two consecutive Ramadan are expiations for all that has happened during that period, provided that one has avoided the grave (major) sins.” (Hadith, Muslim)

“Whoever observes fasts during the month of Ramadan out of sincere faith, and hoping to attain Allah’s rewards, then all his past sins will be forgiven.” (Hadith, Bukhari)

The verses in the Quran and the hadith are plentiful in regards to giving charity. As Muslims we know this is one of the most important deeds and on multiple occasions Allah mentions Zakat alongside Salat, thus stressing the importance of it. The Prophet (pbuh) said:

“Shield yourselves from Hell fire even by giving half a date in charity”.

The giving of charity is even more virtuous during Ramadan, a month in which the rewards for deeds are multiplied. The Prophet (pbuh) was the most generous person and even more generous during this month. If you have yet to donate your Zakat this year, then this is great time to do so and Allah (swt) will multiply the reward. Mosques, schools, charities and Muslim organisations are always in need of funding so make this the month you start that regular contribution or give that one-off large donation.

Finally, we should seek ‘Laylat al-Qadr’, the night of power and decree: “Whoever spends Laylat al-Qadr in prayer out of faith and in the hope of reward, will be forgiven his previous sins.” (Hadith, Muslim). We are told that this is within the last ten days of Ramadhan and amongst the odd nights. Aisha (ra) said that the Prophet (pbuh) said “Look for Laylat al-Qadr on an odd-numbered night during the last ten nights of Ramadhan”. (Bukhari).

Good deeds performed on that single night are equal to those performed over a thousand months:

I pray that Allah (swt) brings us to this blessed month, to accept our fasts and good deeds and to forgive our mistakes and sins. May Allah make this Ramadhan easy for us and for those around the World who are in difficulty. May we take full advantage of this blessed month and may this be a month where we all draw closer to Allah. Ameen. 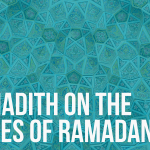 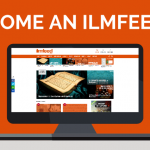