An event due to be held in London and Yorkshire in England has been billed as the event of the year.

There has been a rise in Islamophobia, Islamic principles and practices are under the spotlight, and Muslims are being subjected to verbal and physical abuse.

On top of that, Muslims are constantly being asked to prove their loyalty. This has made them feel foreign in their own countries. As Muslims come under pressure to maintain their creed in this difficult time, some are close to losing their faith.

In response, the ‘Losing My Religion’ conference has been organised to discuss some of the challenges faced by Muslims in Britain.

Prominent international speakers will be sharing knowledge and guidance from the Qur’an, Hadith and the Seerah to help Muslims preserve their faith during these testing times.

The conference will take place on Saturday 22nd April in Yorkshire and Sunday 23rd April at the Excel. 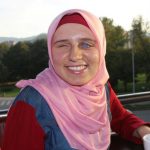 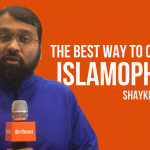