New Zealand rugby player Sonny Bill Williams has called on the New Zealand public to learn about Islam following the public Friday prayers which was held in Christchurch and broadcast on national TV.

Speaking to reporters, he said,

“We are Muslims but we are Muslims and we are New Zealanders as well so, touching on that, I just want to tell the general public, to my fellow rugby man, rugby boys, to our employers, I just wanna say thank you from the bottom of my heart because it’s been humbling. Obviously it’s such a tragic event but just the way people have reached out and shown me that they care. So I think now I just put it to the New Zealand public to find out about Islam because it is truly a religion of peace and love.”

And as we’ve seen from the khutbah (sermon) from the brother on the stage, he just shared some beautiful messages that are the core and the essence of what Islam is.”

He also called out the media and the ‘ugly side of politics’ which sow the seeds of hatred:

“Now is the time to move forward and what does it look like? That looks like racism, talking about hatred, talking about the seeds that have been sown from the powerful tool that we have which is called the media. Talking about the ugly side of politics that sow that seed…moving forward, there has to be something done.”

Support IlmFeed’s work in countering negative stereotypes about Muslims in the media. 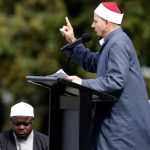 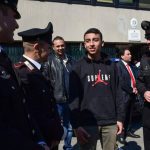