In January 2016, British Prime Minister David Cameron said migrant spouses faced the possibility of being sent back to their country of origin for failing to learn the English language. He said:

“They can’t guarantee they will be able to stay, because under our rules you have to be able to speak a basic level of English to come into the country as a husband or wife. We made that change already, and we are now going to toughen that up, so halfway through the five-year spousal settlement there will be another opportunity to make sure your English is improving. You can’t guarantee you can stay if you are not improving your language.”

Channel 4’s Assed Baig went to Manchester to talk to Muslim women and asked them what they thought about the Prime Minister’s comments.

“The English invaded more than half the world. Of the countries that they ruled how many languages do the English speak? Extremists are a result of the discord and troubles these people left behind in those countries.

People from third world countries contributed to turning Britain into Great Britain. Which up to this day they are in denial about.”

Watch the video below:

"The English invaded more than half the world. Of the countries that they ruled how many languages do the English speak?"Assed Baig talks to Muslim women in Manchester to see what they think of the Prime Minister's recent comments on the lack of integration among Muslim women and the possible link that may have to extremism.

What an awesome response! 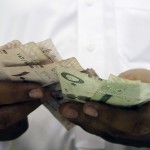 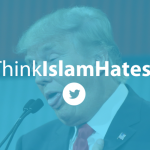