Medical student Naveed Khan has been named in the Evening Standard’s ‘Progress 1000’, a list of London’s most influential people of 2016.

Featured in the ‘Equality Champions’ category, Naveed was chosen for his dedication to creating a more equal society, a commitment that has been reflected in his work as head of the homelessness arm of the Acts of Random Kindness project (ARK), a campaign spearheaded by KCL Islamic society (KCL ISOC).

The ARK project has undertaken a variety of ventures to help with homelessness, including organising dinners for the homeless, distributing rucksacks, and collecting sanitary products. As well as this, the project has seen campaigns such as ‘Bake For Your Neighbour’, ‘ARK Sweet Relief’ in exam periods, and also the ‘#LittleARKs’ campaign where slips of paper were handed out on campus promoting acts of random kindness. Having lead the team in 2014-16, Naveed is now chairing a committee of other London Islamic Societies who do similar work and are working on collaborations.

As well as his work with KCL ISOC, Naveed is National Director of Charity Week UK, which raised around £700,000 last year. This role includes oversight of six different regional teams across the country and all of the money raised by the teams funds projects that their volunteers choose, focusing on sustainable development aid to benefit orphans and needy children.

“As a student, the last thing I wanted to do was graduate with just a degree. This work has allowed me to give purpose to my life. All I have done is try to be a good Muslim, and it’s great to be recognised on such a prestigious list for doing so! I just hope that this motivates others to keep doing good work and making a difference.” 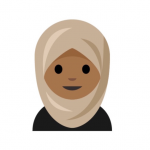 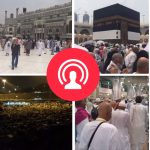