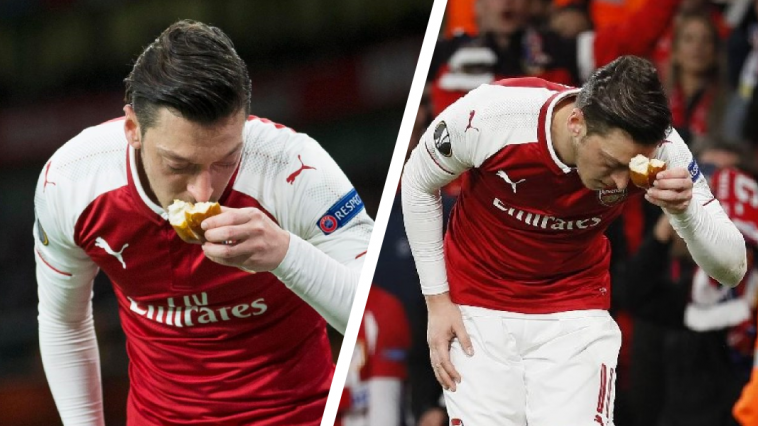 As he was preparing to take a corner, fans from the opposing team threw pieces of bread at him.

Instead of kicking the piece of bread away, he picked it up, kissed it and placed it on his forehead as a sign of respect for food before placing it on the side. 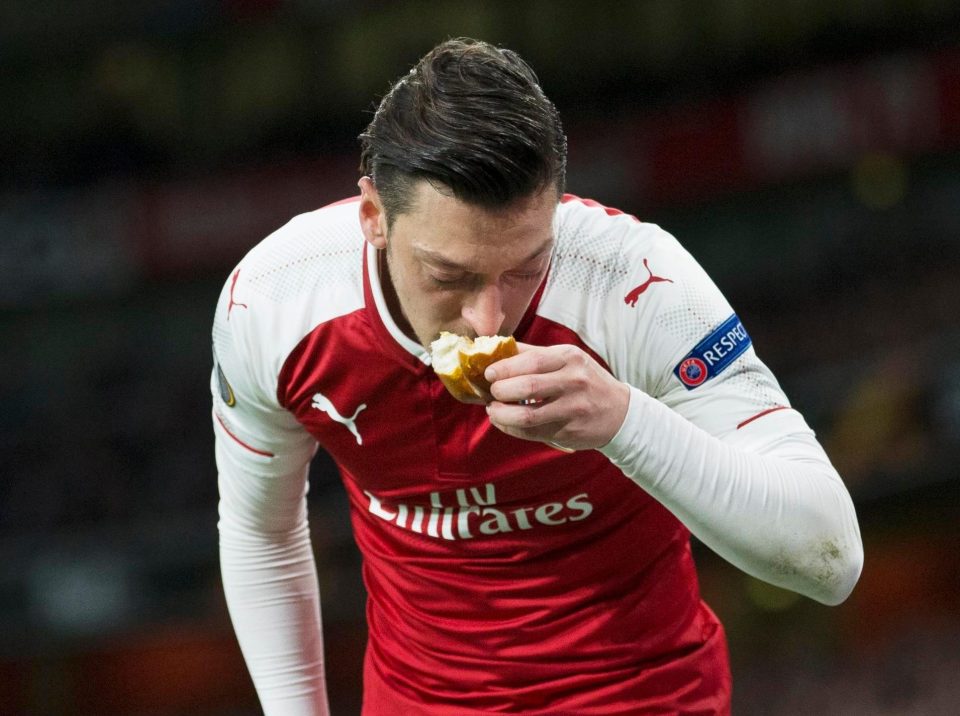 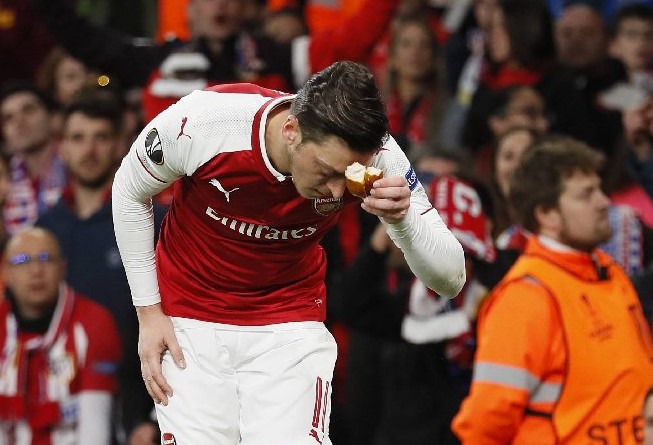 Hadi Karim said he did it because he is a Muslim and Islam discourages wasting food and encourages people to be grateful for food as it is a blessing from God.

Wasting bread is against his religion. He kissed it and touched it to his head as an expression of gratitude to God

Atl. Madrid fans threw bread at Mesut Ozil.He picked it up,touched it to his forehead and laid it to the side as it's against islam and culture to waste any kind of food.
Massive Respect ? pic.twitter.com/g9tQ2LIp1j

Wasting food is indeed discouraged in Islam as it a blessing from God. God says in the Qur’an:

It is He who produces gardens – both cultivated and wild gardens, date palms, crops of diverse flavours, the olive, the pomegranate, alike yet different. So when they bear fruit, eat some of it, paying what is due on the day of harvest, but do not be wasteful: God does not like wasteful people. Chapter 6, Verse 141 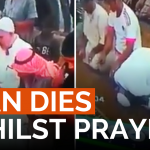 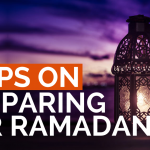