A Muslim woman was taking her baby to the park in London when a man confronted her and verbally abused her.

Upset at what she experienced, she called her husband who cut short his shift working as an accident and emergency doctor in order to come home and attend to his wife.

His wife later recognized the man’s van so they decided to write him a message. They left a letter on the car hoping it belonged to the man who was verbally abusive.

This is what they wrote on the letter:

My wife was taking our baby for a walk to the park. Forgive me if this is a case of mistaken identity, but I am pretty sure you are the man that confronted her with verbal abuse. We are both residents of Zenith Close and I want to say we forgive you for your hateful and unkind speech. For your information, at the time of your actions I was busy at work helping people as an A&E doctor. I had to cut my shift short to attend to my wife who was upset at this situation.

I understand that your anger may be a human reaction, however as a society we must strive to be better than those who want to spread hatred and evil. Happy to speak to you more. 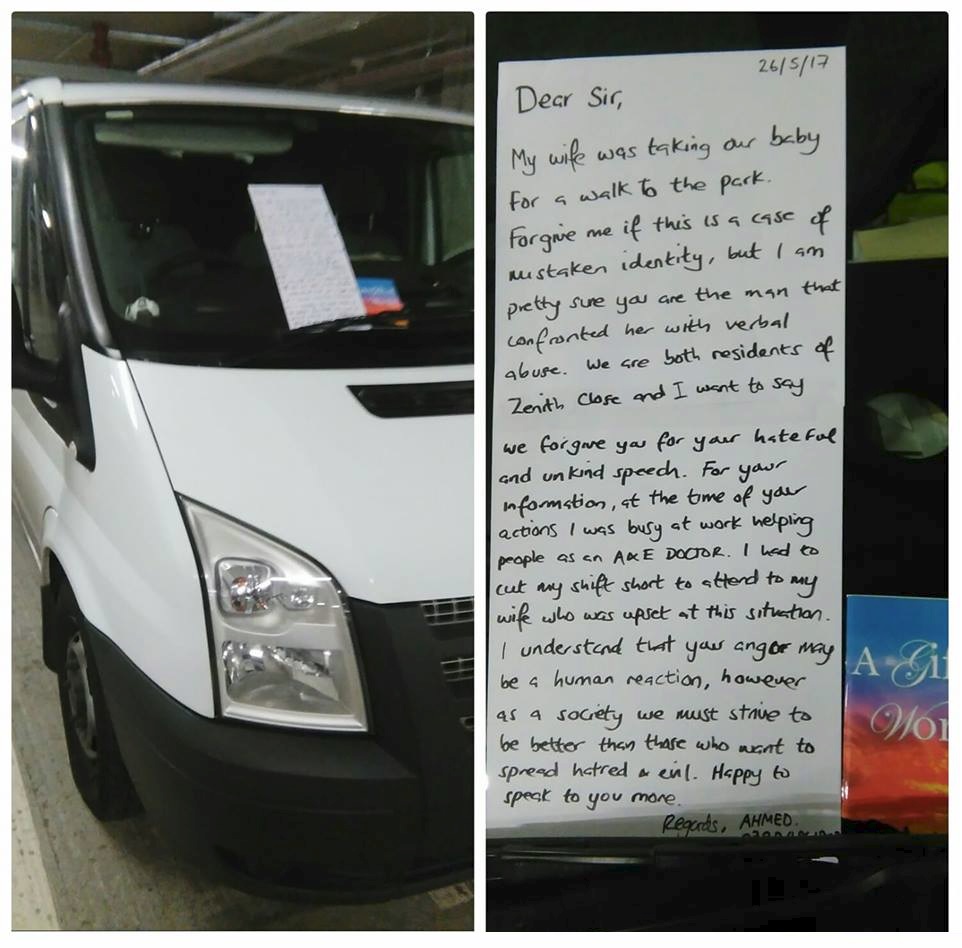 Ahmed left his phone number on the note but he was not sure if the man would respond.

What happened next is amazing!

Within an hour, Ahmed received a phone call from the man who wanted to visit them, Ahmed happily agreed. To Ahmed’s surprise, the man brought with him a box of chocolate for Ahmed’s wife. 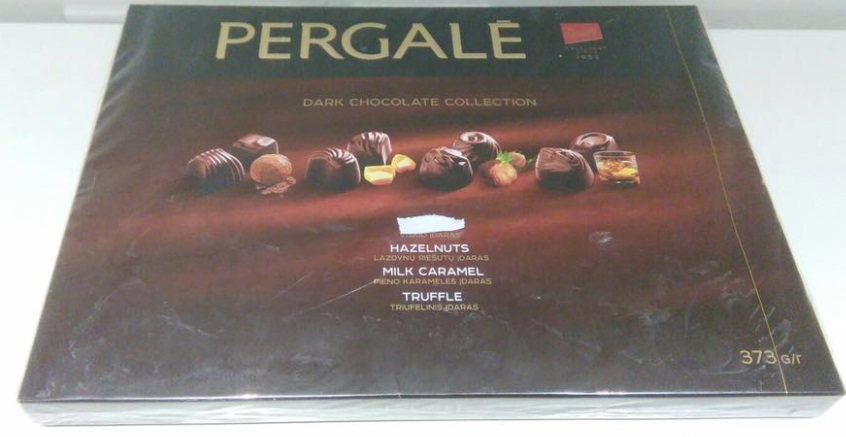 “Happy ending! Within an hour of me placing the letter, the gentleman phoned me and even came to my flat and gave my wife a generous box of chocolates, truly regretful over the whole encounter! May God bless this man.” said Ahmed.

What a beautiful ending. This story is truly an embodiment of a verse in the Qur’an:

“And not equal are the good deed and the bad. Repel [evil] by that [deed] which is better; and thereupon the one whom between you and him is enmity [will become] as though he was a devoted friend.” Surah Fussilat, Verse 34 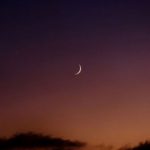 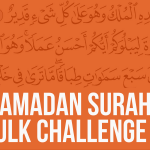