A pilgrim has filmed a man carrying his elderly mother during one of the rituals of Hajj. Though visibly old himself, he is seen carrying his mother on his back who may have got tired due to the strenuous nature of performing Hajj.

The person filming greets him and asks him whether she is her mother whereupon he replies ‘yes’. He then tells him that God-willing, he will earn himself a place in paradise due to his noble deeds.

Abdullah Ibn ‘Umar (May Allah be pleased with him) saw a Yemeni man going around the the Ka’bah in Makkah while carrying his mother on his back. This man said to Abdullah Ibn ‘Umar, “I am like a tame camel for her! I have carried her more than she carried me. Do you think I have paid her back, oh Ibn ‘Umar?” Abdullah Ibn ‘Umar replied, “No, not even one contraction [during childbirth]!!”

May Allah allow us all to be dutiful to our parents and serve them in their old age. 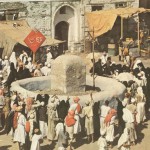 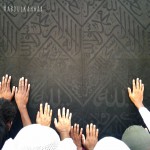