A large white-and-blue truck pulls up outside a stadium in central Japan and slowly expands into a place of worship.

Welcome to the Mobile Mosque.

As Japan prepares to host visitors from around the world for the 2020 Summer Olympics, a Tokyo sports and cultural events company has created a mosque on wheels that its head hopes will make Muslim visitors feel at home.

Yasuharu Inoue, CEO of Yasu Project, said the possibility there might not be enough mosques for Muslim visitors in 2020 was alarming for a country that considers itself part of the international community. His Mobile Mosques could travel to different Olympic venues as needed.

“As an open and hospitable country, we want to share the idea of ‘omotenashi’ [Japanese hospitality] with Muslim people,” he said in a recent interview.

The first Mobile Mosque was unveiled earlier this week outside Toyota Stadium, a J-League football venue in Toyota city, which is also the headquarters of the car company with the same name.

The back of the modified 25-tonne truck flipped up to reveal an entrance and then the side slid out, doubling the width of the truck. The 48-square-metre room can accommodate 50 people. 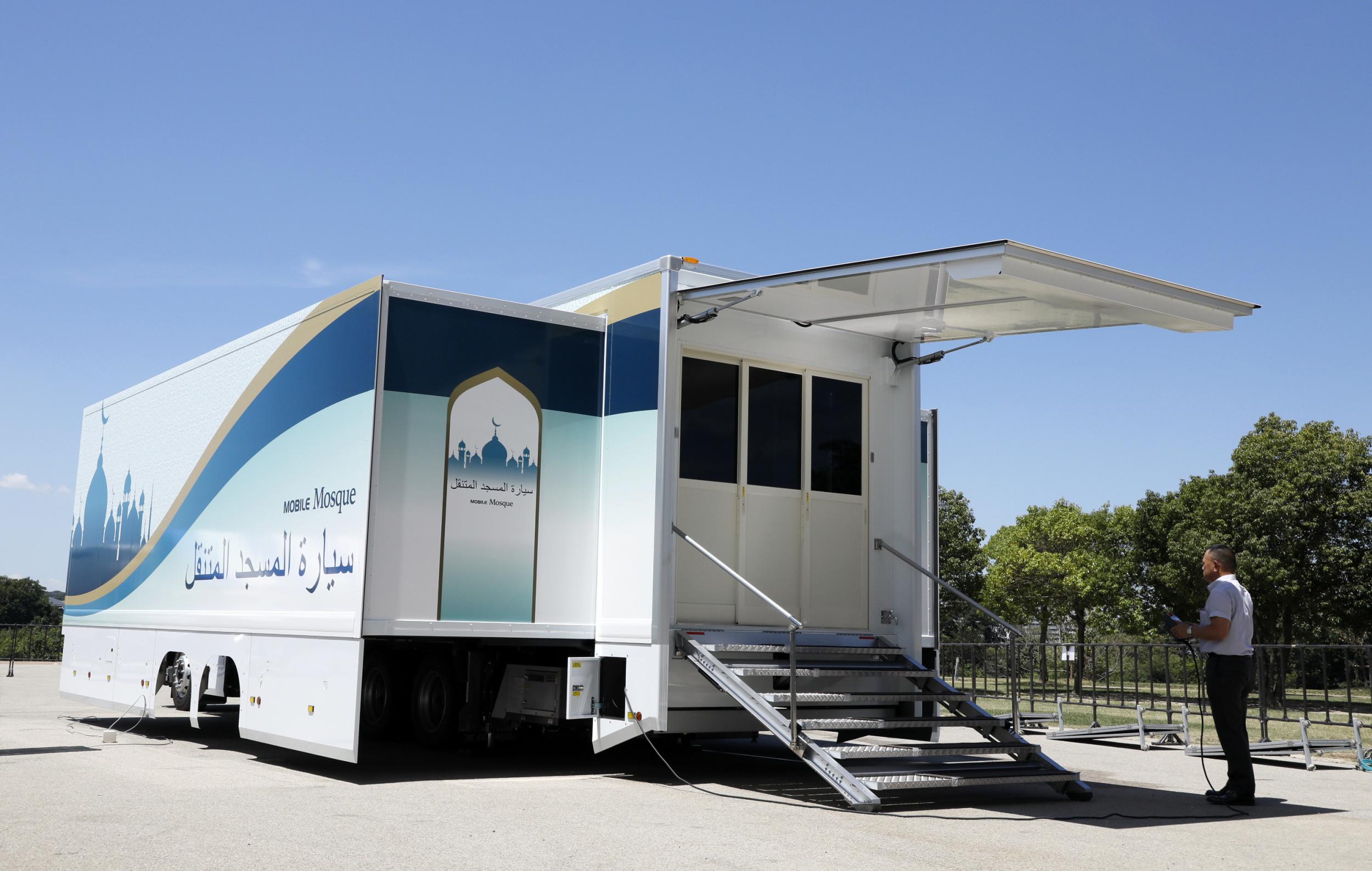 Muslim guests prayed inside the mosque, which includes outdoor taps and a washing area for pre-worship cleansing.

Indonesian students who were victims of the 2004 Indian Ocean tsunami also participated in the debut ceremony. 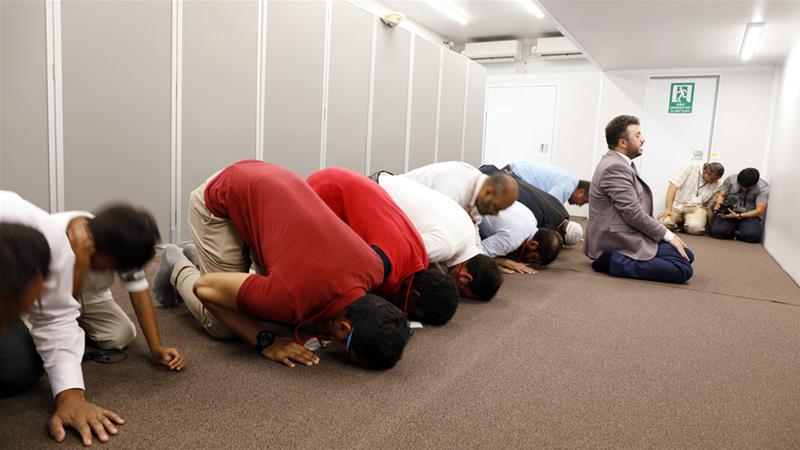 “The Mobile Mosque is very important to Muslim people such as Japanese people or tourists, Muslim tourists who visit Japan,” said 14-year-old Nur Azizah. “I want to show my friends.”

“Looking in from the outside at the people in the mosque, they looked very happy,” said Sakaguchi, the representative director of an Osaka retail company.

Inoue said the inspiration for the project came to him on a trip to Qatar four years ago.

Initially, the project organisers plan to target international sporting events both in Japan and overseas. Inoue said he hopes the project will do more than fill a gap in religious infrastructure.

“Going forward, I would be so happy if people from Indonesia, Malaysia, Africa, the Middle East and, for example, refugees who are coming from Syria are able to use the mosque as a tool to promote world peace,” he said.