Although this will be the 5th summit to take place, this year the organisers say it will go beyond “intellectual debates and discussions” and will also focus on pursuing specific implementable measures and objectives.

In a statement released by the Malaysian Prime Ministers Office, concerns ranging from the imprisonment of Uyghur Muslims, to Islamophobia faced by Muslims living in Western countries were cited.

“Today the Ummah is faced with oppression, the incarceration of millions, are placed in detention camps, civil wars resulting in total destruction of cities and nations leading to mass migration of displaced Muslims to non-Muslim countries, the rise of Islamophobia and irrational practices that go against the tenets of Islam yet proclaimed in the name of Islam,” the statement said.

Over 250 representatives, including government officials, scholars and leaders from various non-government sectors, from all of the 56 “countries of the Islamic world” will be participating in the summit at various levels.

The organisers hope that the summit can act as a starting point in strengthening ties among Muslim nations in order to address the oppression faced by Muslims globally.

“The Summit attempts to spark a new approach in ummah collaboration and if it is able to achieve something then it would be able to be presented to the larger Islamic grouping and bigger Muslim nations to evaluate whether these initiatives should be pursued on a larger scale,” the statement said.

“We are merely attempting to contribute what little we can to the betterment of the ummah. We pray that our initiative will receive the blessings of Allah s.w.t.” 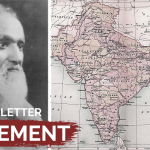 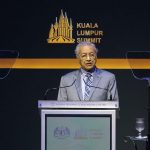