This was the first female British Muslim convert to go on Hajj. Lady Evelyn Cobbold, a Scottish noblewoman, from the Victorian Era, performed Hajj in 1933 and had to seek special permission from Saudi Arabia’s minister in London.

Because non-Muslim Europeans had travelled to Makkah to write of their “adventures”, there were restrictions on Europeans at the time, but Cobbold, now known as Zainab, was granted permission.

A year after her return, Cobbold penned her own book.

“I am in the Mosque of Mecca, and for a few seconds I am lost to my surroundings because of the wonder of it …I had never imagined anything so stupendous…”

Cobbold spent much of her youth in Algiers and Cairo where she was raised by Muslim nannies.

“My delight was to escape my governess and visit the mosques with my Algerian friends, and unconsciously I was a little Muslim at heart…”

She did not formally announce her Muslim faith until many years later when asked by the Pope if she was Catholic.

“What possessed me I don’t pretend to know, as I had not given a thought to Islam for many years. A match was lit, and I then and there determined to read up and study the faith.”

It was after this incident that Cobbold decided to perform Hajj.

“We walk on to the Holy of Holies, the house of Allah rising in simple majesty. It would require a master pen to describe the scene, poignant in its intensity of the great concourse of humanity of which I was one small unit…” 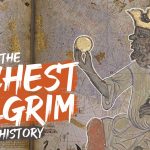 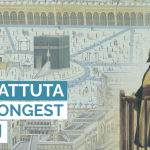