The FIFA 21 advert highlights the Midnight Ramadan League, a grassroots football team set-up to help people continue playing during the month of Ramadan.

FIFA’s award-winning campaign, featuring Premier League player Hamza Choudhury, tells the story of Qaiser, a British Asian teenager who heads out to play football at the Midnight Ramadan League after having iftar with his family.

Following a tackle, Choudhury helps Qaiser up, telling him encouragingly: “If I can do this, so can you,” before taking the ball and scoring a goal.

The EA Sports campaign won Channel 4’s Diversity in Advertising award in which they were challenged to “authentically represent UK Black, Asian and Minority Ethnic cultures in advertising.”

The campaign was inspired by research that showed that just 0.25% of the UK’s 4,000 professional football players are Asian despite Asians making up 9.7% of recreational players.

The ad will receive £1m worth of commercial airtime slots on Channel 4 and will be debuted during Gogglebox on April 23, during Ramadan, giving the campaign an immediate audience of four million viewers.

The ad’s director, Bassam Tariq, said: “Never in my wildest dreams did I think I would ever direct such an unapologetically Muslim commercial with my fellow sisters and brothers in faith.”

EA Sports will also include Midnight Ramadan League kit and stadium dressing in its FIFA 21 game and distribute a comic book to schools written by Choudhury, documenting his upbringing and his journey to making it as a professional footballer.

Choudhury signed up as an Ambassador for the campaign after a Football Supporters’ Association survey found that 86% of fans felt that more role models would increase the number of British Asian footballers.

Hamza Choudhury said: “It was an honour to partner with EA Sports to tell the inspirational story of the Midnight Ramadan League – a team I would have loved to play for! I hope that, together, we can help inspire future generations to follow their dreams.” 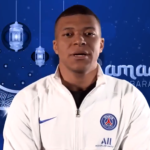 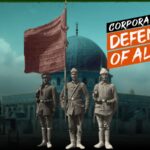