Tears of relief poured down Yousef El Tawil’s face as he received the A-level grades he needed to have his place in Medical School confirmed.

But it was a far cry from his experience of GCSE results day. Yousef had failed all of his GCSEs except Arabic – his native language. In Year 9, he’d fallen in with the wrong crowd and was “swept into a vortex of pessimism.”

Convinced school was pointless, he’d spend his evenings, not on homework or studying, but hanging around his local chicken shop in Newham, East London, with classmates.

They weren’t bad people, he told the BBC, “it’s just we lacked a certain motivation, we lacked aspirations”.

From the beginning of Year 10, Yousef’s grades plummeted and his behaviour was being monitored. Things got even worse when one of his friends was stabbed.

On the day of his last GCSE exam, after his form tutor urged him not to waste his potential, Yousef got into an accident. The aftermath of which would have life-changing consequences.

“I ended up climbing a very sharp and tall gate at the back of the school” – and it was there the accident happened.”

Yousef’s right thumb was severed and after 10 hours of emergency surgery, doctors failed to reattach it when the tissue died.

“She wears a niqab and she just looked at me and I could see tears,” he said.

“There’s one thing that I think every person can agree on, whether they’re the harshest human or… the softest, and that’s like when you see your mother go through difficulty, it really touches you, it really makes you think about what you’ve done and reflect.”

Yousef had even more time to reflect over the summer holidays where he spent two months on the children’s ward at the regional hospital, where he underwent reconstructive surgery.

“After being in hospital for two months, around the doctors, around the nurses, I was like, ‘I want to be part of this. I want to be in that position, to help another Yousef who may have lost a thumb because of a bad decision.'”

But with only one GCSE to his name, Yousef had no choice but to resit 24 exams in the space of one month – which makes his results seem all the more incredible. Yousef received 13 A*s, As and Bs.

Even after his incredible GCSE resit results, teachers told Yousef his chances of achieving good enough A-level grades for medical school were low and tried to talk him out of it. But a friend told Yousef about the extended medical degree programme at King’s College London – and he decided to apply there, as well as elsewhere.

Every medical school rejected him – except King’s, which interviewed him and made a conditional offer.

On results day, Yousef’s mum cried, but on this occasion with tears of joy, when her son received the grades he needed to secure his place at King’s College.

“My mum was in tears, I was in tears… it was a huge sense of relief and reward because I had worked so hard to get there”.

For Yousef, his goal of qualifying as a doctor is now in sight and he’s in the top 15% of all students across both the standard and extended courses. He’s even planning to study a master’s degree in global health policy.

“It’s been crazy to be honest,” he said. “I’ve been through a lot. I’ve changed a lot, I would say had ups and downs… I really thank God.” 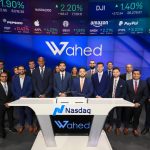 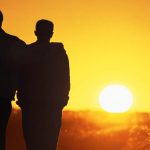