Facebook’s CEO Mark Zuckerberg has written about a meeting he has had with Muslim students from Dearbon, Michigan (USA).

In a Facebook post, he wrote about some of the challenges Muslims faced both in their countries of origin as well as in America, living as immigrants. The post has been ‘liked’ over 53,000 times and shared more than 4,000 times.

I just had an interesting conversation with a group of Muslim students at the University of Michigan-Dearborn. Dearborn is one of the largest and oldest Muslim communities in America, with about 20% identifying as Muslim.

Most of the students I met were immigrants, including from war zones in Palestine, Jordan and Iraq. They told me stories of the violence they experienced, including an early memory of having her building bombed and jumping into her mother’s arms even though she couldn’t do anything to prevent it.

Eventually their families came to Dearborn for comfort and community. One student told me, “My parents are very conservative, but I’ve become outspoken because I have this community to fall back on where I’m accepted, not just for my faith, but for my immigrant roots. Everyone understands my story.”

Still, even in a community like Dearborn, the students told me they still feel they have to self-monitor. One student told me about feeling like she has to be on her best behavior at the grocery store, letting white people cut in front of her in line to prove that Muslims are nice people. Over time, she said, “I’ve learned not to apologize for my identity. I’m Arab. I’m Muslim. This is who I am.” But it’s still a struggle.

One of the students I met told me he knows a lot of white Americans feel marginalized and discriminated against, too. But even with that in common, it’s still hard to start a conversation. “I’ll have my assumptions and they’ll have theirs, and it’s going to stop there,” he said. “Communication could break those barriers.”

Before I left, a student told me his professor’s advice that one way to reduce Islamophobia is to recognize the problem, but then focus on connecting with people around other issues, building common understanding and setting an example of a solution. Thanks to the young people I met for helping me understand, and for helping lead the way forward.

Kudos to Mark for bringing to light some of the struggles Muslims face at a time where many are trying to ‘otherize’ them and are trying to cast them as the ‘enemy within’. 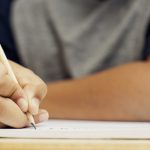 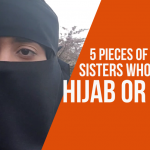