Update: The mosque has now been temporarily closed. Read more

East London Mosque’s Imam, Shaykh Mohammed Mahmoud has advised all vulnerable and sick people to pray at home and avoid coming to the mosque as a precautionary measure to avoid risks associated with the Coronavirus.

The Imam also offered general pieces of advice to the community on how to avoid the contagious virus.

The British Board of Scholars & Imams have issued the following guidance:

This is a public service message by the British Board of Scholars and Imams (BBSI) and the Mosques and Imams National Advisory Board (MINAB).

As of 11/03/20, the World Health Organization has declared the outbreak of Coronovirus (Covid-19) a pandemic. Against this backdrop, there are 456 confirmed cases and 6 deaths in the UK at the time of writing (12/03/20). The Government and Chief Medical Officer have also stated that the peak of the virus is yet to come. The virus is more deadly for the elderly and those with cardiovascular disease, diabetes, immune suppression, and chronic lung disease.

Government and public agencies are planning based on a reasonable worst-case scenario . The strategy derived from this model considers economic impacts, public morale, inter alia.

Social distancing measures are likely to be enforced very soon. This could mean that major public gatherings are closed. This will inevitably have a significant impact on the Muslim community, specifically our mosques, madrasas and centres in the run-up to and during the month of Ramadan. We emphatically urge all Muslims to comply fully if such measures are put in place.

Given the above, the BBSI offers the following urgent advice for (1) mosques and Islamic centres, (2) communities and (3) support for the vulnerable and isolated.

1. Guidance for Mosques and Islamic Centres

a. Strongly discourage congregants from attending any mosque activities even if they are only experiencing mild symptoms. The symptoms include respiratory symptoms, fever, cough, shortness of breath and breathing difficulties. In this instance, they are excused from the congregational prayers (including Jumua)

b. It is religiously obligatory (wajib) for you to keep away and self-isolate if you have been diagnosed Coronavirus in order to prevent the virus from spreading. Preventing harm, especially to others, takes precedence over attaining benefit

c. If congregants experience symptoms, keep a 2-metre distance from others. Maintain a specific isolation room for such congregants, and call NHS 111

e. Advise congregants to make wudhu at home and bring their own prayer mats. If wudhu has to be done in the mosque, remove towels and instead provide disposable paper towels

f. Install hand sanitiser stations, with clear prominent signage with hygiene advice. Advice should be in multiple languages if necessary. Some may be concerned that the alcohol in these santisiers is considered religiously impure (najis) by some scholars; if so, a simple wash of water after use of hand sanitiser, which takes place during wudhu anyway, will suffice to remove the najasa

g. Remind the congregation to avoid physical contact, maintain general good hygiene and take care of their health more generally, as it is an amana (sacred trust) from Allah

h. The elderly and the chronically ill should take extra precautions because they are at greater risk of death from Coronavirus. They should be encouraged to not pray in congregation. Communities should systematically check on the welfare of such individuals

i. Congregants should be urged to wash their hands thoroughly for at least 20 seconds when returning home

It is highly likely that pandemic will stretch into Ramadan. Given the likely suspension of public gatherings, mosques should be prepared to suspend Tarawih prayers and possibly other congregational prayers.

Guidance on Funerals and Burials:

The National Burial Council has published the following guidance when a Muslim dies due to Coronavirus:

a. At the time of death, family members should keep contact to a minimum. They should wear protective clothing

b. The dead body should first be placed in an appropriately robust body bag with a secondary protective cover, disinfecting any trolleys that the body is carried in

c. Funeral workers must wear protective clothing, avoid direct contact with any body fluids from the dead body, and must not touch their eyes, mouth or nose

d. After completing Ghusl, place the body in a robust and leakproof body bag, and then wrap the Kafan. The outside of the coffin should also be cleaned

e. When paying last respects, the Kafan can be opened to show the face, but the body bag must stay on

f. The Janazah can take place as normal

g. All those who handle the coffin at any point during the Janazah or burial must wear protective clothing

Alongside this, we offer the following general advice to the community :

a. Whilst taking reasonable precautions to protect ourselves, do not become fearful: everything happens by the Decree of Allah

b. Avoiding forwarding unconfirmed news reports on social media or elsewhere, for the Prophet (s) said, ‘sufficient for a person to be considered a liar is that they spread news without confirming it’. (Muslim)

c. Remember the fragility of human life, and our ultimate return to our Lord. Turn to Allah in hope, longing, patience and prayer.

3. Advice for supporting the vulnerable and isolated.

We must be prepared to support those who are vulnerable and those who are isolating themselves out of precaution. As such, we advise the following:

a. Urgently create digital communication channels such as WhatsApp, Telegram, social media, etc. This will help to maintain communication with the isolated and vulnerable. Imams are encouraged to engage in pastoral support through telephone or video-messaging

b. Recruit volunteers to help those who have self-isolated. Ensure that volunteers are thoroughly aware of relevant precautions (e.g. safety wear)

d. Support those individuals and families affected in their local areas, while taking precautions for yourselves. ‘Allah assists his servants as long as His servants are assisting their fellow men.’ (Muslim)

You can help by:

1. Checking up on neighbours, especially the elderly and infirm, whilst taking relevant precautions if you or your neighbours are even mildly unwell. Do not assume that they have family to check up on them

2. Shopping and other assistance (drop at their doorstep) 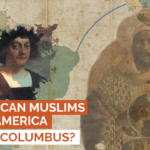 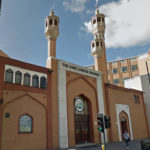