Fifteen years ago, if I’d have told you that Muslims from across the world were coming together as part of a single campaign, being rolled out in the same week, with everyone wearing the same T-shirts, using the same posters and working together as one single body, you’ve had probably told me that drugs are haram and were making me delusional!

And yet, here we are. fifteen years later and still going strong!

Yes, I’m talking about Charity Week (22nd – 28th October) – a 100% volunteer-led campaign run by Islamic Relief which started in London and has since gone as far afield as Cape Town and California. Throughout these incredible 15 years, thousands of Muslims have come together – stronger and more united than ever before.

But don’t take my word for it! Here are some of the numbers to back it up:

We don’t know the exact number of volunteers who’ve stepped up to join Charity Week but it’s definitely in the thousands. In an age where many initiatives are struggling to inspire people to join, Charity Week has more than can be easily counted. Alhamdulillah!

During Charity Week, Islamic societies, Muslim student associations, community groups, local businesses and mosques go out of their way to organise fun, engaging and uplifting events across their towns and cities. But hang on – these are not just your usual cake sales and charity auctions. Everything from roti making competitions to dunk the professor games take place. For one week, us Muslims get organised, get professional and get moving – and everyone is invited for some wholesome halal fun!

What do students at Harvard and Cambridge have in common with working mothers in Johannesburg or a refugee in Germany? Well, at least one answer is Charity Week. Muslims from many cities and from a wide mix of different backgrounds each bring their own ideas and energy to the mix. Variety is the spice of life as they say!

So where does all this money go? Well, Charity Week is unique global project as it gives every single volunteer and their families a chance to choose where the money they raise goes. Since 2003, the money raised by Charity Week has enabled humanitarian responses to multiple crises in Gaza, Syria, Myanmar, Yemen, the 2004 Tsumani, Central African Republic, Afghanistan, Pakistan and Iraq. It has also funded sustainable development projects in Chad, Niger and Mali, orphan sponsorship in Bangladesh, rebuilt schools in Pakistan, Gaza, Malawi, Kenya and Mali… and the list goes on.

Slowly but surely, Charity Week has spread right across the world. This astonishing growth hasn’t happened because we went out of our way to export it but because people in other countries saw what was happening and wanted to join in the fun! In an age where so much divides us, Charity Week is proof that language, culture, nationality and time zone hold no barriers are no match for what unites us – our beautiful faith!

This is the most important number of all. None of the above successes matter or would be at all possible without this singular united vision we all embody. The vision of Charity Week is unity. Not just unity for the sake of simplicity but a confident, assured unity of oneness based on our faith and the desire and passion to be of benefit to the whole world. This single vision believes in humanity – that we are better off when we work together in practice – in reality – and not just in theory. Charity Week is about action – not mere words. The Charity Week vision joins hearts, increases our sense of professionalism and our desire for innovation. And it’s this vision that is pushing us to actively change ourselves for the better so that Allah (SWT) will change our situations for the better too!

Charity Week begins next week – 22nd-28th October. If you’ve been inspired and would like to join the Charity Week movement, you can donate to the cause or, if you’re based in the UK, order a fundraising pack and plan your own activities for Charity Week.

Greater unity is coming insha’Allah and we believe that we’ve created the best medium to bring everyone together. 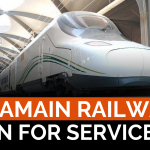 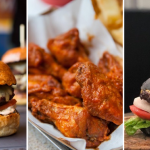