1. Fasting on this day is a forgiveness for two years. The sins of the previous year and of the coming year. [Muslim]

2. There is no day on which Allah frees more people from the Fire than the Day of ‘Arafah. [Muslim]

4. Whoever fasts one day for the sake of Allah, Allah will remove his face seventy years’ distance from the Fire. [Muslim]

5. Whoever fasts one day seeking the pleasure of Allah, if that is the last day of his life, he will enter Paradise. [Ahmad, Saheeh At-Targheeb]

6. Fasting will say on the day of resurrection) “O Lord, I prevented him from his food and physical desires during the day, so let me intercede for him.” [Musnad Ahmad]

7. Hafsah (may Allah be pleased with her), the wife of the Messenger ﷺ narrates, “Four things the Messenger of Allah never neglected: Observing fast on the day of ‘Ashura, ‘Arafah, three days every month, and offering fajr sunnah prayers early in the morning.” [Ahmad, Nasa’i]

Note: A previous version of this article stated the above hadith was found in Muslim, this has now been edited.

Share the good! Encourage all your family, friends and anyone else you know to fast on the day of ‘Arafah; the one who leads others to do good is rewarded equally without their reward decreasing. May Allah accept from us all! 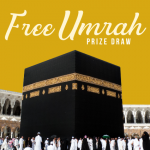 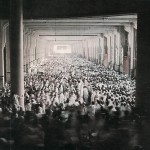