This is not a post about how to make six figures online or how to start an internet marketing business. This post is about how your decision to choose entrepreneurship can benefit the greater good. Entrepreneurship is one of the most overlooked vehicles for taking the ummah back to its golden age and giving dawah at the same time.

It is a great means to have meaningful impact in the world by changing the world in your own special and meaningful way and changing your own world for the better too.

More and more people are starting businesses from their bedrooms because they see the possibilities and the potential.

In this modern era of the internet and social media, people can start businesses from their laptops. You don’t have to be a the next Steve Jobs or be born with a silver spoon in your mouth to make it big anymore.

That said, I would like to argue that your biggest driver for choosing entrepreneurship should be so that you can be an agent of change, rather than for the money alone.

So here are 4 reasons why should seriously consider taking up entrepreneurship:

1. Entrepreneurship Is Good for Dawah

The sahabah used to go to far and away places such as Indonesia and Malaysia for trade and they would show really good character in the way that they traded, i.e. they wouldn’t cheat people, they wouldn’t short change them. They would treat everyone with great dignity and grace. It made those people wonder that if these people were so gracious in the conduct in business, then what must they be like in other parts of their lives. These people realised that Islam was teaching them to have such beautiful conduct so it made them curious about other aspects of their religion. This in turn led to mass adoption of Islam. This is how Islam spread through trade.

In recent decades the taxi experience in many states of the US was very poor. Pregnant women weren’t getting to hospitals in time and taxis that were called would often not turn up since the driver would quickly divert for the opportunity of a higher fare. Overall it was an awful experience. This was because around the 1930s, the government introduced regulation that meant taxi firms needed a license to operate (known as a medallion) and these licences were introduced in limited supply only which meant the cost of buying a medallion exceeded the cost of a house and in many cases several houses.

This unfairly enabled taxi firms that had a medallion to impose unfair terms on taxi drivers since taxi drivers had to sub-license from existing firms. However, the government had to sit up and take serious notice when Uber came along and launched a “ride-sharing” service where people paid a “donation” to the driver. Uber effectively exploited a loophole that allowed them to side step the existing system and grow big. Now the government has had to seriously reconsider its regulation that was facilitating this unfair advantage for existing taxi firms.

There are many current and modern examples of businesses that assist non-profits and charities inherently as part of their business model such as the design agency VeryNice which has done work for the likes of UNICEF on a pro-bono basis. They essentially donate staff time to non-profits as part of their business model. There are many other countless examples such as restaurant owners that give one meal to the homeless for every meal purchased or shoe companies that give a pair of shoes to the homeless for every purchase and so on. Entrepreneurship allows us to build business models that inherently serve humanity in wonderful ways. Another great way to uphold the legacy of our prophet (peace be upon him).

In many studies and many books, many management scholars have observed the nations that encourage entrepreneurship are those that prosper the most, always. Both historically and presently countries that facilitate entrepreneurship with low barriers to entry and supporting ecosystem far outperform their non-entrepreneurial counterparts economically and socially. Most ground-breaking innovation that has had a deep impact on society has largely originated from the western countries in the last several decades which not only maintained but enhanced their economic power.

There are many more reasons why you should consider entrepreneurship as a Muslim; the above are just a few. While Entrepreneurship can also lead to personal financial freedom and change our personal lives in a transformative way, it is often not a great enough driver for people to persist on this path when the going gets tough. Real entrepreneurship is hard and success does not come overnight. However, when the reasons – such as the above – are big enough and help us realise how our struggle on this path can lead to the greater good, it can keep us motivated when facing challenges or when we’re experiencing doubt.

Khuram Malik is the Author of Billion Dollar Muslim . A calling to Muslims globally to adopt entrepreneurship wholesale. By day he is a Strategist that helps make the lives of Founders and CEOs easier. He has developed strategies for over 150 companies world-wide and currently operates a consulting company in London. 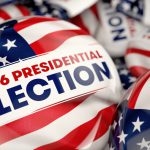 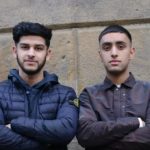