In the famous hadith of the Companion Abu Dardha (ra), the Prophet (saw) said:

“…The scholars are the inheritors of the Prophets …” [Abu Dawud and others.]

It is only by learning Islam that we inherit prophetic guidance, and become among the “ahl ad-dhikr” (the people who remember Allah). When “Allah wishes well” for someone, the Prophet (saw) said that He gives them “deep understanding in religion.” [ Al-Bukhari and Muslim.] However, it is also true that simply gaining knowledge by itself is never enough. Iblis, for example, had knowledge of the unseen (ghaib) and spoke to the Angels and so on. But his knowledge did not benefit him because he did not obey Allah out of pride (takabbur).

There are thus important lessons for us when we, too, learn about Islam, and in fact it is generally true of learning about things that benefit us (al-‘ilm al-nafi’) – science, engineering, farming, history, geography etc. We should make vows to study and learn the Qur’an, these lessons, a few of which we briefly outline, should remain at the forefront of our mind inshaAllah.

1) Learning should motivate us to worship Allah, to act properly, and to bring benefit to others.

For Muslims, learning is not merely about consuming information and knowing facts and figures, as an end in itself. Learning Islamic knowledge, in addition, must serve two greater purposes.

1) It must lead to a desire to worship Allah, to seek taqwa (consciousness of Allah), to show gratitude, and to strengthen our faith (imaan).

2) It must prepare us to act knowing what is good from bad, halal and haram, and truth from falsehood, so that not only do we strive to become a source of ease and benefit to others, but also take steps to fulfil the responsibilities as stewards of the earth (khulafa al-ard) that have been laid upon us by Allah – to be just, trustworthy, forgiving, compassionate and so on.

2) Learning should teach us humility (tawadu) and gentleness (hilm).

One of the profound wisdoms in the story of Khidr (as) and Musa (as), in Suratul Kahf (“The Cave”), is that a “particular excellence not found in the superior of two things or people may well be found in the inferior of two things or people.” [ See Al-Nawawi’s Manual of Islam, The Islamic Texts Society, 1996, translation and additional commentary by Sheikh Nu Ha Mim Keller.] Musa (as) was a prophetic messenger – a rasul given a deen and the Torah, and perhaps the most famous of all the miracles given to any of the prophets and messengers, whereas Khidr (as) was, as most scholars consider, a prophet (nabi), and relatively unknown. Yet, when Musa (as) claimed that he was the most knowledgeable, Allah commanded him (as) to learn from the company (subha) of Khidr (as). We learn from this that Allah gives knowledge of some things to some people and not everyone; “that one should learn from wherever one can; and that no matter how much one knows, one should not claim to have knowledge.”

3) Learning should help us to teach and reason properly.

The great scholars of Islam were all deep thinkers, who approached and evaluated problems systematically, based on sound arguments, with a critical mind. They travelled extensively to learn from different teachers and centres of learning. Never were they afraid to ask probing questions or to engage the tough intellectual challenges of their time. Their desire was to teach properly and to help believers, not to lead them to error, or to seek popularity or to boast. When Imam al-Shafi’i, for example, debated with someone it is said that he used to silently supplicate,

‘O Lord, help him so that truth may manifest itself in his heart and on his tongue. If it be that the truth is on my side, may he follow me; and if the truth be on his side, may I follow him’.”

To conclude, when we seek knowledge we should also pay attention and check to see whether we are benefitting from it by becoming better believers. May Allah protect and guide us. 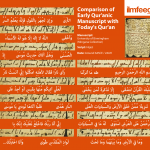 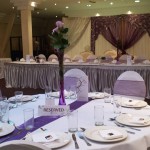