Here are 10 heartbreaking tweets from journalists witnessing the massacre of Palestinians in Gaza.

Parents are forced to put the remains of their children in shopping bags:

I’ve seen some truly shocking scenes this morning. A man putting the remains of his two year old son into a shopping bag…

Most of those killed in Israeli air raids are civilians:

#c4news A tall building full of apartments was attacked in central #Gaza City tonight. Majority of those killed women and children.

Hospitals are not spared:

Children should not have go through this:

Traumatised children sit in #Gaza hospital. Their mother had just been killed and their house destroyed. #c4news pic.twitter.com/3zNvRsAdEt

Initial reports: The family home of the 4 Bakr boys killed while playing soccer on a #Gaza beach by #Israeli shelling on Wed has been bombed

Children, paramedics and reporters are not being spared:

Killed people whom I saw today. A young girl, her father, emergency responder and a TV reporter. Shifa Hospital’s morgue filling up #Gaza

Even ambulances are being attacked:

The remains of an ambulance hit during the shelling of Shaja’ia, #Gaza pic.twitter.com/kbpa4vWTKk

One can’t imagine the horrors being faced by the Palestinians:

Entire families are being massacred:

At least 24 members of the Abu Jamaa family were killed in an F-16 strike on their home in Khan Yunis last night pic.twitter.com/KwLu8IYcxj

At Shifa Hospital, saw bodies of 2 kids, 9 and 7 from Sheja’iya. People arguing over identity of 7y.o. Couldn’t ID him bc his head was gone

May Allah accept those killed as martyrs and give victory to the oppressed. 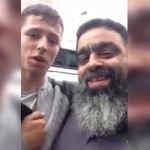 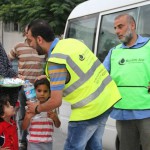